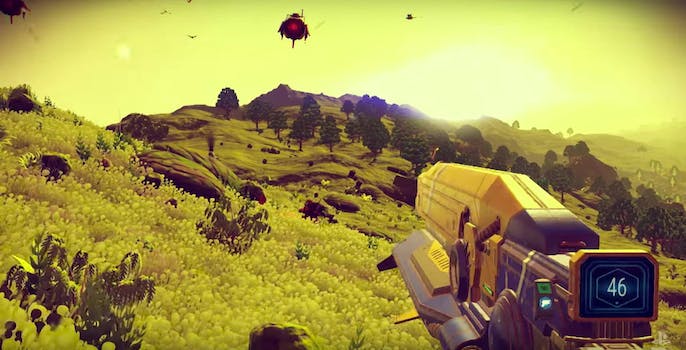 Finally some good news for the embattled video game.

A European advertising watchdog agency announced today that it found no evidence of false advertising by Hello Games when it comes to the independent studio’s promotion of No Man’s Sky.

The Advertising Standards Authority (ASA) released a detailed report on its investigation, which launched after the agency received 23 complaints citing missing game features and elements. Since its launch in August, No Man’s Sky, a space exploration game that procedurally generates a vast universe of planets, has been under fire by consumers who felt the game failed to live up to what was promised.

In addition to ripping the game on social media and issuing complaints to Valve’s Steam store and the ASA, some disillusioned gamers made a push to get refunds for the game.

The ASA’s investigation specifically looked at promotional video, still images, and text that appeared on the No Man Sky‘s Steam store page. According to the ASA, Hello Games cooperated with the investigation and provided materials to the agency to refute the false advertising claims.

The agency wrote in its report:

The summary description of the game made clear that it was procedurally generated, that the game universe was essentially infinite, and that the core premise was exploration. As such, we considered consumers would understand the images and videos to be representative of the type of content they would encounter during gameplay, but would not generally expect to see those specific creatures, landscapes, battles and structures.

In short, in a universe of 18 quintillion planets, each user’s experience will be unique. The ASA concluded that Hello Games “did not exaggerate the expected player experience of the game.”

Though Hello Games has been cleared by the ASA, the controversy over No Man’s Sky has already prompted changes.

Earlier this month, Valve clarified its self-admittedly vague policy for what materials can be used to promote games on Steam. It now requires developers to use in-game video and images that show consumers what the game will actually look like, instead of concept art and pre-rendered clips. Valve said it had previously been inconsistent on that front—even its own Dota 2 Steam page contained illustrations. The policy change is intended to help consumers feel confident that they know exactly what they’re getting when they buy on Steam.