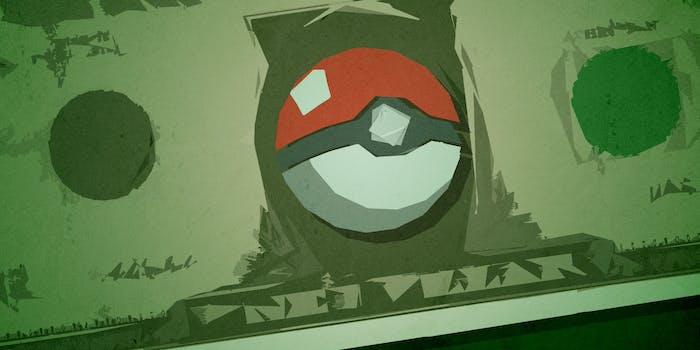 Nintendo's next breakaway success could have long-term ramifications on the future of the company.

Were you a Nintendo or Pokémon fan before the release of Pokémon Go? If not, are you now wholly converted?

The value of Nintendo’s stock rose by 9 percent only one day after the release of the newest game in the Pokémon franchise. In two days, Pokémon Go had added $7.5 billion to Nintendo’s market value, and on Monday, Nintendo’s stock was up 25 percent. Since Wednesday evening, when Pokémon Go was first released into the North American marketplace, Nintendo has absolutely dominated the mobile app ecosystem.

And the game hasn’t even launched yet in Europe and Asia. You know, those two continents where no one has had a chance to even try Pokémon Go yet, and already, the game is bigger than Tinder and about to eclipse Twitter in terms of app use on a daily basis.

This is the dream some Nintendo shareholders have been seeking for years. Does it become the beginning of the end for how Nintendo has held itself as a company since the golden days of the Nintendo Entertainment System?

Nintendo prides itself on the development of quality hardware and designing games only for that hardware by way of controlling the quality of its product. This was the trumpet blown for years by Satoru Iwata—Nintendo’s beloved, former CEO—in the face of calls by shareholders for Nintendo to develop mobile games. Iwata fended off the push in part by citing the constant flood of low-quality titles that defines the mobile ecosystem.

But in the face of flagging sales of the Wii U and an inability to make much impression on the console market in general since the runaway success of the Wii, Nintendo taking the plunge into the mobile market makes all the sense in the world—and the success of Pokémon Go ought to be the first and last argument anyone needs to make on that score.

What if Nintendo’s new console, the NX, which is speculated for a March 2017 release, fails to make an impression in much the same fashion as the Wii U did? Might an argument be made for Nintendo to stop developing consoles entirely, and instead, focus on setting a high bar for mobile game development?

That this is even a question worth considering, a possibility that doesn’t sound entirely outlandish, also speaks to the success of Pokémon Go.

Just in case you’re really enjoying the game and wondering if it’s going to go the way of Miitomo, Nintendo’s previous mobile app that generated a lot of excitement which faded relatively quickly, the kind of virality that Pokémon Go has already achieved is something we may not have seen since #TheDress. And you know how that went.