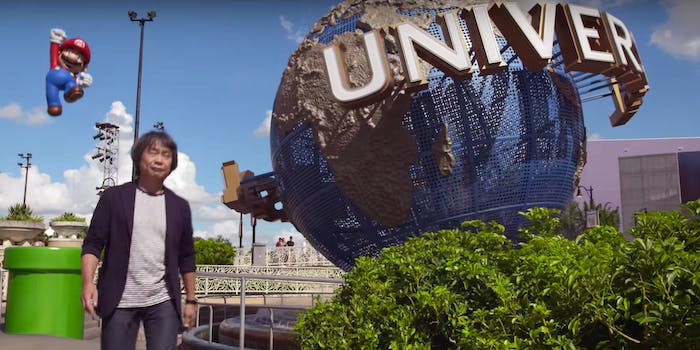 The first update on Nintendo's plans for Universal theme parks have been released.

When it was announced early last year that Nintendo would bring popular characters like Mario and Link to Universal Parks and Resorts, fans’ imaginations started to run wild. But until today, we had no real expectations for the video game giant’s plan for the park.

A short video featuring Nintendo’s Shigeru Miyamoto and Universal Creative’s president Mark Woodbury shares some insight into how the partnership came to be, and it gives us a better idea of what fans can expect when the park area is open.

The Nintendo-themed areas will be built to make fans feel like they’ve stepped right into their favorite games. Each attraction will feature rides, shops, and restaurants based on Nintendo properties, with the hopes of offering something for people of all ages.