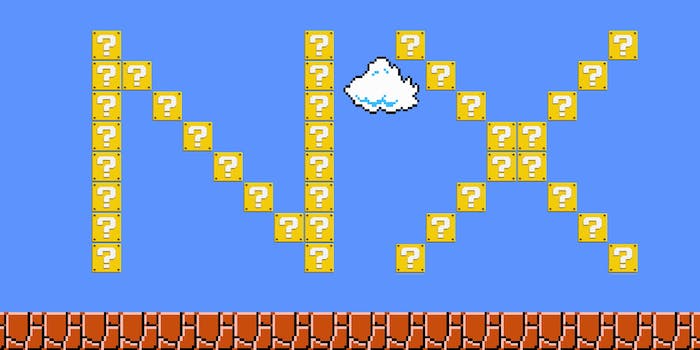 After much speculation about what Nintendo's planning for its newest console, we finally have a release date.

Only a year after announcing its newest console, Nintendo has presented us with the sort of gift fans froth at the mouth for: A release date.

The gaming behemoth made the announcement on its Facebook page Wednesday morning, confirming that the system code-named Nintendo NX will be out in March 2017.

That leaves Nintendo exactly 11 months to complete the mysterious device. Nintendo president Tatsumi Kimishima called the console “a next step in our dedicated device strategy, the core and primary focus of our business.”

The release date and these official blurbs are nearly all we know about the console so far, as Nintendo has chosen to stay tight-lipped. Rumors about it have been hot property ever since the console was announced in 2015, with fans and industry observers speculating over everything from potential oval, touchscreen controllers to a possible Android operating system.

While drumming up excitement for something fans know hardly anything about, Nintendo has at least given us a few titles to look forward to for the NX. The newest entry in The Legend of Zelda series will be on the system (now delayed to 2017), as well as Dragon Quest XI (although the latter will also be available for the PS4 and 3DS).

Nintendo won’t be showing the console at this year’s E3, but says it plans to unveil it later this year.

In an interview with Nintendo’s president, Tatsumi Kimishima, the company confirmed that the NX would not be a successor to the Wii U or the 3DS. “It’s a new way of playing games, which I think will have a larger impact than the Wii U, but I don’t feel it’s a pure replacement for the Wii U,” he told Asahi Shimbun.