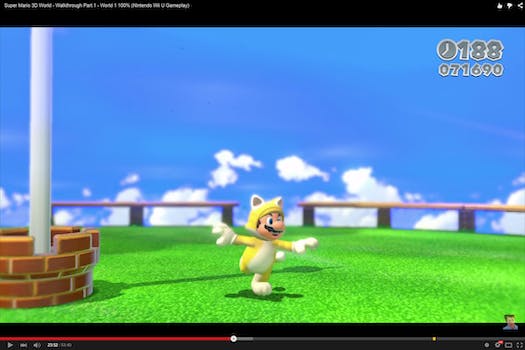 This video will change the way you look at Mario games

A video by YouTuber Mark Brown explains why Mario game level design is so perfect.

If you’ve played a 3D Mario game in the past few years, you may have noticed how much detail and complexity are crammed into each level. From the water-filled planets of the Mario Galaxy series to the cat-suit-themed Super Mario 3D World, many of these games demonstrate more creativity in a single level than other games can manage across their entire storyline.

So how does Nintendo manage to devise so many fresh ideas to keep their games from feeling stale? This level-design explainer tackles that subject, and after watching it, you’ll develop an even deeper appreciation for the game-design wizards who bring you Mario, Luigi, and their friends.

The brilliance of the Galaxy and 3D series of Mario games can be attributed to director Koichi Hayashida, who implements the idea of Kishōtenketsu, an East Asian form of four-line narrative in which an idea is introduced, expanded upon, given a twist, and then concluded.

Following this rubric, Hayashida has perfected the art of level design. A new level idea can be introduced, players can expand upon the new mechanic, the game can then turn that mechanic on its head to challenge the player, and the player can finish the level and before the game throws it all away for the next idea.

It’s stuff like this that makes Nintendo one of the best video game developers in the world.