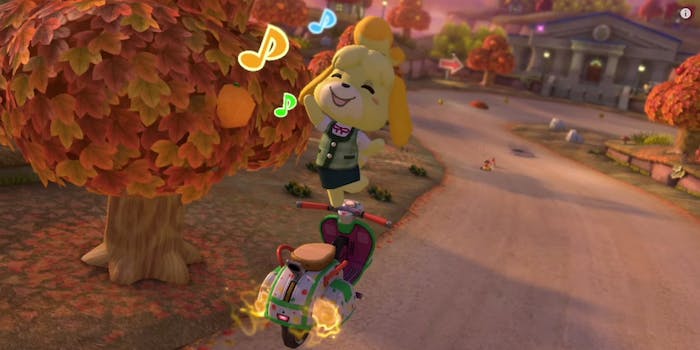 Nintendo superfans—and anyone who enjoys a good romp through Mario Kart 8—have some cool new content to download today.

The first item is Animal Crossing DLC, which costs $8 and should appeal to the superfans who love all of Nintendo’s properties. The DLC includes two characters from the Animal Crossing series and an Animal Crossing-themed music track, plus with a skeletal version of King Bowser. Eight new music tracks are introduced in all, split into two new Cup competitions.

Nintendo is also offering Mario Kart 8‘s 200cc race class for free to all players. The 200cc class replaces the 150cc class as the fastest race type in the game. Nintendo is also giving away new costumes activated by Amiibo figures.

The Mario Kart series has been one of Nintendo’s most popular franchises since the release of the first game on the Super Nintendo Entertainment System in 1992. The consensus among gamers is that Nintendo has so far done an excellent job supporting Mario Kart 8, which was released for the Wii U in May 2014 with DLC.