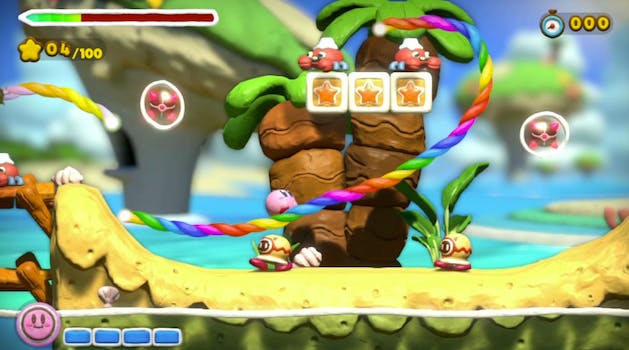 During a Nintendo Direct livestream earlier today, the company showed off the next entry to the Kirby franchise, titled Kirby and the Rainbow Curse.

First teased at E3, the game is looking remarkably adorable. That’s due in part to the Play-Doh aesthetic given to the game. Everything is just extra pudgy and squishy.

Much like Nintendo DS’s Kirby: Canvas Curse, Kirby rolls forward independently, and you use the Gamepad and the Stylus to direct where Kirby will go.

Also announced is a multiplayer component, similar to multiplayer found in the New Super Mario Bros. series, but with a bit of a twist. Player one will control the stylus and create pathways for players two, three, and four. The latter three players will grab Kirby and get him to the end of the stage.

The game will be released in February.