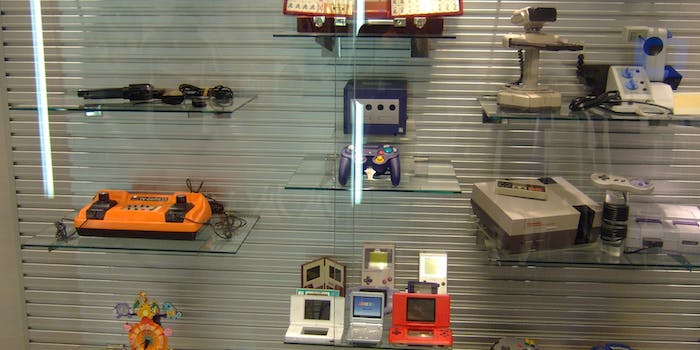 Here’s the entire history of Nintendo in one awesome infographic

And it's pretty massive.

Nintendo is known for its long history of console systems and the impressive array of individual game franchises that go with them. But, let’s face it, all that trivia is hard to keep track of.

Lucky for us, Vin Lauria, who goes by the handle VinLAURiA on Reddit, compiled an impressive and detailed graphic that lists each and every Nintendo property, including Legend of Zelda, Pokemon, and of course Super Mario Bros. The franchises are spread across all eight generations of gaming systems, beginning in the 1970s with home TV sets and ending on the company’s current Wii-U and 3DS consoles.

It’s interesting to see how the Super Mario Bros. franchise evolved from the very first Donkey Kong title, ultimately resulting in spin-off titles featuring Yoshi, Wario, and other characters. Additionally, Lauria even made sure to painstakingly include the division of the Legend of Zelda series into its three separate universes.

“Mega Man is third-party. This was a first- and second-party list. If I’d included third-party, I’d never be finished,” Lauria explained, after one redditor asked why the popular Capcom character’s series wasn’t included.

While F-Zero’s lifespan was apparently short-lived, it appears that Pikachu, Link, Mario, and friends will continue making their way through each of Nintendo’s battles in the console wars.