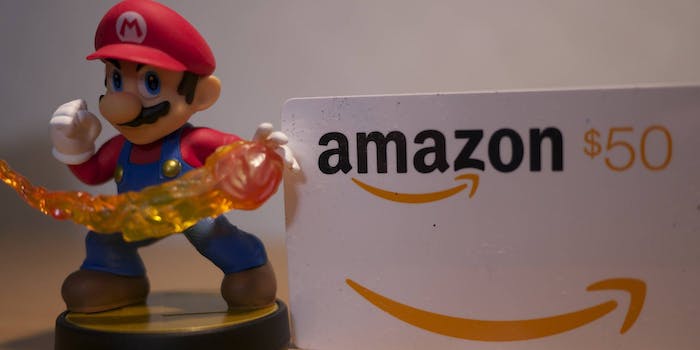 And puts to bed rumors of an Amazon beef.

Whatever quarrel Nintendo had with Amazon appears behind it as the video game publisher has just opened its own digital storefront on the retailer’s website.

Gamers can now buy Nintendo games digitally via Amazon, meaning there’s even less of a need to fumble through Nintendo’s less-than-stellar Wii U and 3DS eshop.

After the launch of the Wii U, Amazon would not directly sell Nintendo’s tablet-accompanied console, fueling speculation of a falling out. Neither company was willing to comment on exactly what was going on, but earlier this year Amazon did start selling the New Nintendo 3DS XL—indicating a resolution.

Right now the prices on Amazon are the same as on the Nintendo eshop, so there really isn’t an economic incentive at the moment, just one of convenience.