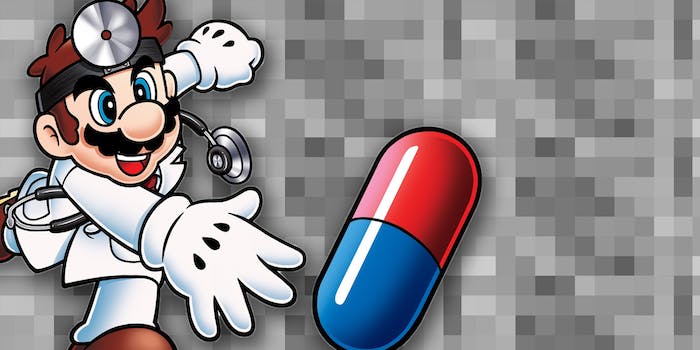 Nintendo introduces the S+, technology to monitor your sleep

Don't worry, it's part of its new healthcare endeavor.

125 years ago, Nintendo was a playing card company. Then it made toys. It currently makes video games. Making people happy is the common denominator, and now Nintendo wants to make people healthy, as well.

Nintendo announced today the creation of a healthcare division, and a joint venture with ResMed, a company that produces devices to treat sleep apnea. Nintendo president Satoru Iwata described a hand-sized device that will use microwave transmissions and sensors to detect sleep patterns.

ResMed already produces a device conceptually similar to what Iwata described, called the S+, that measures sleep patterns by tracking chest movements. This first product from Nintendo’s healthcare division may be offered as a subscription service, rather than a traditional retail purchase, according to Iwata.

This is not Nintendo’s first foray into health-related technologies. Its Wii Fit line of hardware and software has been a rousing success. While the product never reached production, Nintendo announced and began development on a Vitality Sensor in 2009. The sensor was meant to measure the user’s heartbeat among other things, and to help the user relax by giving them information on biofeedback. In July 2013, Nintendo confirmed that it had abandoned development of the Vitality Sensor.

At an investor meeting on Jan. 29, 2014, Nintendo President Satoru Iwata issued a nebulous statement about the development of non-wearable, health-oriented hardware. Today we beginning to learn what Iwata had in mind.

Sleep apnea is the name for a family of disorders in which someone stop breathing while they are asleep. The sufferer’s brain then sends an impulse to wake the sleeper up, and restart their breathing. Sleep apnea results in interruption of the REM sleep cycle, which is necessary for human beings to receive proper rest from their sleep. Left untreated, sleep apnea can also lead to death.

Detecting sleep apnea has historically required overnight sleep studies, during which the patient is covered in wires to produce a detailed analysis. While products like S+, and whatever Nintendo is developing, are unlikely to eliminate the need for sleep studies, they may serve as early warning systems. That in and of itself would be extremely valuable to sleep apnea sufferers.