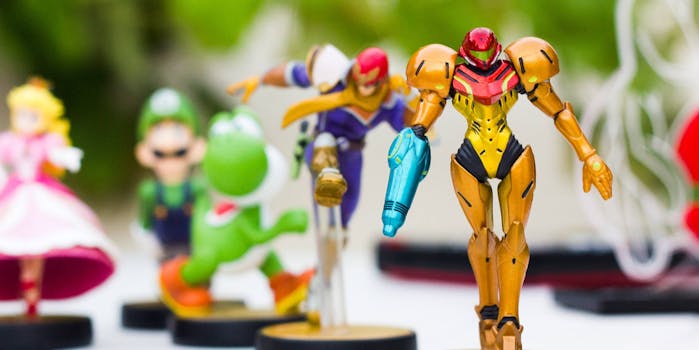 Still having trouble finding a Villager Amiibo in the store, and don’t feel like spending $70 on eBay for one? Nintendo may have a solution.

Amiibos are new NFC-enabled figures that feature Nintendo characters. Think of Skylanders or Disney Infinity. Players can connect their Amiibos to their games, and create little virtual fighters that adapt and become more complex. Since the Smash Bros. roster has so many characters, it’s been difficult for collectors to hunt them all down. Amiibos, which were originally meant to be toys, have quickly moved over to the hobbyist collector market.

Amiibos have been released in waves. With limited shelf space at stores, each wave can only include so many characters. Once a wave is sold out, that’s it. The demand for Amiibos has been absurd, even surprising Nintendo—so going with cards can allow for more characters to be thrown up on store shelves while taking up significantly less shelf space.

The move means that Nintendo is riding the Amiibo hype train for as long as possible. Rumors have already started to surface about rare, limited edition, gold and silver Mario figures.

Nintendo could of course circumvent the grey market that’s popped up by selling Amiibos directly from its online store or feeding more supply to online retailers like Amazon. Iwata did say that the company would consider producing more Amiibos for ones that are most in demand.

Either way Nintendo has an Amiibo problem, but at least that’s good for its bottom line.