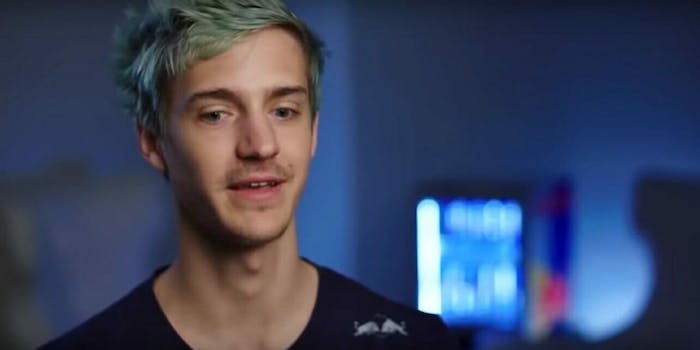 A personal choice, or straightforward discrimination?

Fortnite streaming star Ninja is under fire for excluding women from his Twitch channel. “I don’t play with female gamers,” he told Polygon this weekend, echoing Mike Pence‘s puritanical belief that men and women shouldn’t have one-on-one meetings unless they’re romantically involved.

Ninja, aka Tyler Blevins, is a 27-year-old Twitch streamer with over 10 million followers, best known for playing Fortnite. He’s co-hosted streaming events with celebrities like Drake, but apparently he draws the line at playing video games with women. As a married man, he’s afraid of speculation that he’s cheating on his wife. Speaking to Polygon, he said, “Even if there’s a hint of flirting, that is going to be taken and going to be put on every single video and be clickbait forever.”

These statements provoked a mixed response from others in the gaming community. While Ninja describes his no-girls-allowed policy as a mark of respect, protecting his wife and other female Twitch streamers from public speculation, many people see his attitude as straightforward sexism.

You don’t need a gender studies degree to understand why Ninja’s mindset is controversial. He may see it as a personal decision regarding his marriage and public image, but in a very literal sense, it’s also discrimination. By refusing to stream with female gamers, he’s continuing to cross-promote with other male Twitch streamers while excluding women from one of the biggest platforms in Fortnite fandom.

This controversy highlights the complicated nature of sexism in gaming culture, going beyond the ongoing issue of sexual harassment. Given that fans do speculate about the relationships between male and female streamers, you can see why Ninja would want to shield his wife from rumors. However, this whole problem exists because audiences don’t view men and women on an equal footing. If they don’t even get a chance to see men and women playing video games in a platonic context, the culture will never change.