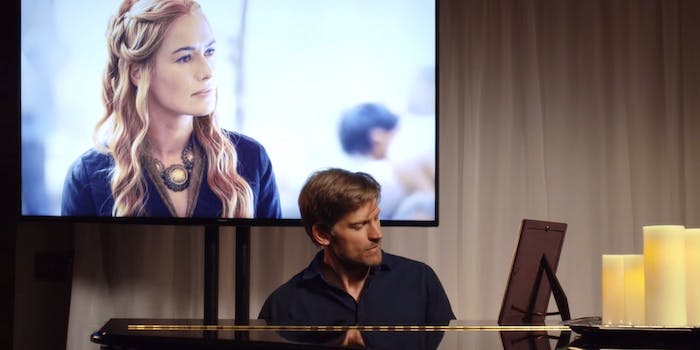 Coldplay is giving Jaime Lannister the hand he desperately needs to properly serenade his sister and lover.

Nikolaj Coster-Waldau is joining a show-stopping Peter Dinklage in the Game of Thrones musical for Red Nose Day with a love ballad. While the Lannisters may not seem like the romantic sort, he’s giving it a go anyway.

He really just wants to keep everything in the family: This throne business as well as his heart—he just can’t give her his right hand. That shouldn’t be so hard, right?