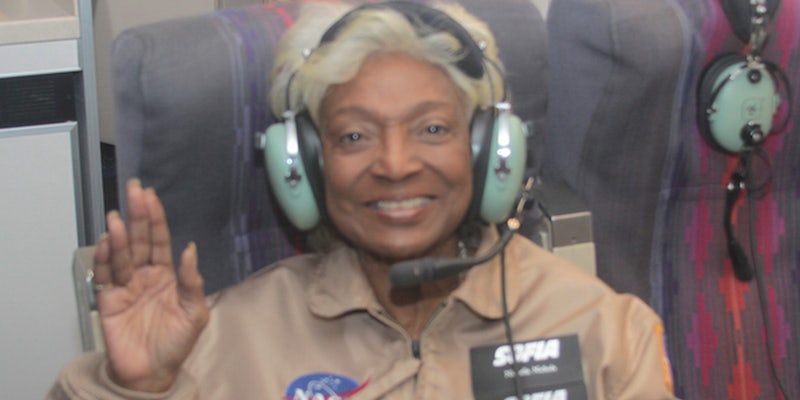 Uhura starred in her own Star Trek prequel aboard the SOFIA telescope observatory spacecraft.

Nichelle Nichols boldy went where few have gone before this week when she joined a NASA space expedition aboard the telescope-bearing shuttle SOFIA—the Stratospheric Observatory for Infared Astronomy.

Oh, and she took a familiar space traveler with her—a tribble.

The iconic actress known for playing Uhurua in Star Trek has been to space once before, nearly four decades ago, when she was part of the first team of researchers aboard NASA’s C-141 Astronomy Observatory.

The legendary actress/astronaut joined a crew of 25 teammates and a large telescope aboard the shuttle, where she answered questions from fans and joined in tweeting updates.

This is how we fit a 2.5 meter telescope, science instrument, and 26 team members on a flying observatory #askNASA747 pic.twitter.com/PbmXPS90Em

And when she got on board, she found a friend waiting for her:

We've boarded SOFIA & there are some tribbles onboard with @NichelleIsUhura! pic.twitter.com/kzMkoIHynz

Here’s Nichols in 1977 as part of the original observatory expedition: 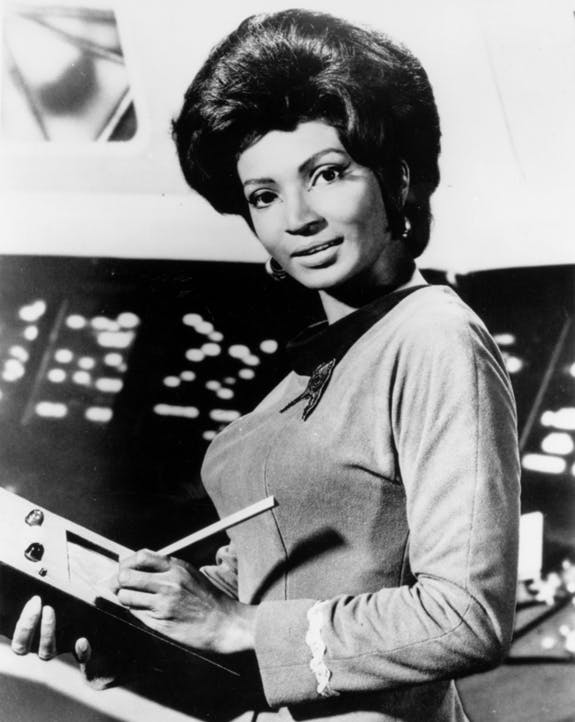 Back on the ground, then heading home for some much needed rest. Thank you @SOFIAtelescope and #NASA747, this has been a dream.