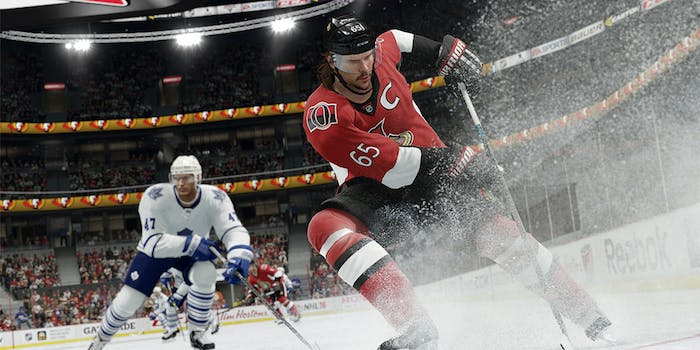 EA Canada has a lot at stake in getting EA Sports Hockey League right.

When NHL 15 was released last year, it didn’t include a way for devout NHL players to form clubs and play against other teams from around the globe.

Some of the fans were displeased, to put it mildly.

But now Electronic Arts has the opportunity to win back all the fans who felt abandoned by NHL 15.  An open beta for EA Sports Hockey League or EASHL—the team-based, online mode for the NHL game franchise—will begin a week from today on July 29 and run through Aug. 6. The developers of the NHL and FIFA sports game franchises at EA Canada in Vancouver have more of an interest than ever in getting EASHL right when NHL 16 is released on September 15.

Switching from the Xbox 360 to the Xbox One, and from the PlayStation 3 to the PlayStation 4, meant that EA Canada had to, in essence, start from scratch for NHL 15. The architectures of the old and the new consoles were too different to allow for straight-up ports of the code that ran NHL 14. A long list of features were dropped from the next-gen versions of the game.

Even before NHL 15 was released on Sept. 9, 2014, rumors were running through the NHL fan community that EA Sports Hockey League wasn’t going to make the cut. And fans reacted accordingly.

Fans on the EA Sports NHL subreddit and popular video game forum site NeoGAF were infuriated. Developers from EA Canada faced similar abuse on hockeysfuture.com, a popular online watering-hole for some of the Web’s most die-hard hockey fans.

EA Canada has responded in part by turning some of this fan anger around. The NHL 16 devs gave seats right on the virtual glass to a handful of fans, some of whom were selected by and from within the ranks of their NHL fandom communities, during the earliest design phases of the EA Sports Hockey League experience that will ship with NHL 16 in September. 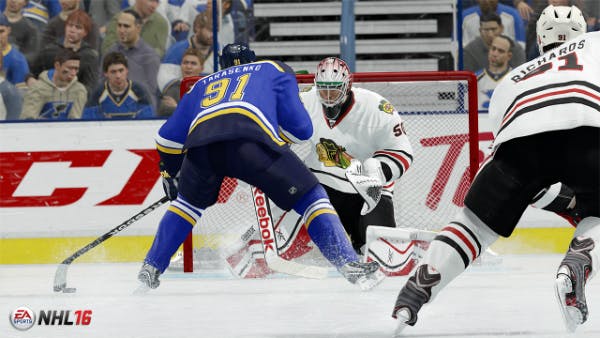 One major change is the elimination of an old EASHL progression system that favored heavy-playtime NHL players who could grind out experience points and custom-build online players with superior stats for skills like Faceoffs, Checking, Speed, and Acceleration.

Now online players in EASHL will choose from player classes, similar to how players in online shooters choose between pre-set classes like Assault, Medic, or Sniper. The class builds in EASHL are based on traditional, real-life archetypes like Snipers with powerful slapshots, Playmakers with superior puck control and passing skills, or Enforcers who lay down the big hits.

All classes will have identical speed and acceleration, these being the two attributes most responsible for unbalancing online games of NHL in previous iterations of the franchise, and this choice was based on data that EA Canada gathered from the fans.

“Two statements that we heard often,” Ben Ross, associate producer on NHL 16 told the Daily Dot during a roundtable discussion on Monday, “was that our game was the best at launch…and the elitist mentality within the community that the game was best when everybody [had max level players]. This really meant that, even within the progression system, [EASHL] was at its best when everybody was equal.”

Participation in the upcoming EASHL open beta and feedback from Web communities will help inform the evolution of this class-based online player system. The ability to upload “tuner sets” throughout the life cycle of NHL 16 means that EA Canada can continue responding to fan feedback long after the game is released.

Anyone who owns NHL 15 on the Xbox One or PlayStation 4 will be able to download the NHL 16 EASHL beta from the game’s main menu, beginning July 30.

For NHL 15 players on the Xbox 360 or PlayStation 3, participation in the beta will be determined by distribution of a limited number of access codes. EA told the Daily Dot that the codes will be received shortly.