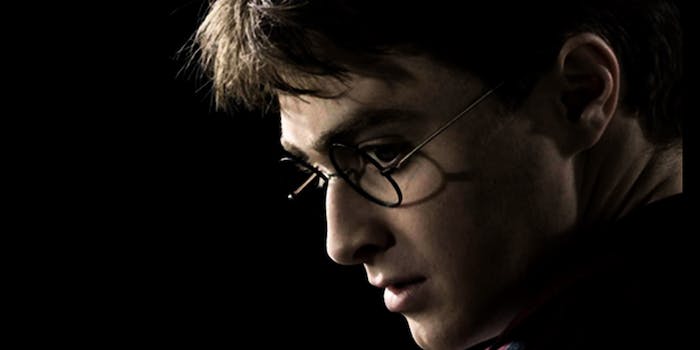 July 31 is practically a national holiday for Harry Potter fans: It’s the date of birth for both J.K. Rowling and her titular hero, who would be celebrating his 34th birthday today with his friends in the Wizarding World.

But there’s another reason for all of us to be celebrating the Harry Potter series, thanks to a new study showing that readers of Harry Potter become less prejudiced over time and increased exposure to the values and beliefs espoused by Harry and company.

A research team led by Loris Vezzali of the University of Modena conducted three separate studies of Italian teens who read the books and responded to the allegorical political and humanist themes of the fight against the evil, racist Lord Voldemort.

“Extended contact via story reading is a powerful strategy to improve out-group attitudes,” the researchers noted in “The greatest magic of Harry Potter: Reducing prejudice,” an article published last week in the Journal of Applied Social Psychology.

Members of the Harry Potter fandom could have told you as much years ago. The vast behemoth that is HP fandom has provided seeds for amazing acts of political change and social equality for years, from the fandom-wide charity drive for the Haiti earthquake to the creation of the Harry Potter Alliance. Long before Rowling “outed” Dumbledore as being gay after the series ended, queer fans and supporters saw the series as a bastion of gay and lesbian relationships, and legions responded accordingly, creating major sub-fandoms around gay pairings like Remus Lupin and Sirius Black, and hailing characters like Tonks as genderqueer.

Among the generation of Harry Potter fans who incorporated gay relationships into their fanfic are numerous writers who have continued to do so in their published work. In Rainbow Rowell’s Fangirl, the main character Cathy writes slashfic about two male characters who bear a strong resemblance to Harry Potter and Draco Malfoy. Harry Potter fanfic writer turned-bestselling author Cassandra Clare likewise went on to pen a beloved gay couple with a devoted fan following in her own original series, The Mortal Instruments.

The studies, which looked at readers of Harry Potter on the elementary, the high school, and the university level, revealed that identification with the Boy Who Lived was a key element in the reader response to the books. Those who emulated Harry came away with an improved attitude toward “stigmatized groups,” cited in the study as “immigrants, homosexuals, and refugees.”

The research is great news for Young Adult fans, no matter whether you’re a Wizard or a Muggle: Evidence that reading YA literature is a culturally significant act could go a long way to shut down the mostly female genre’s many nay-sayers.

And if you’ve been looking for an excuse to finally delve into the beloved seven-book series that shaped an entire generation, now is the perfect moment to start.