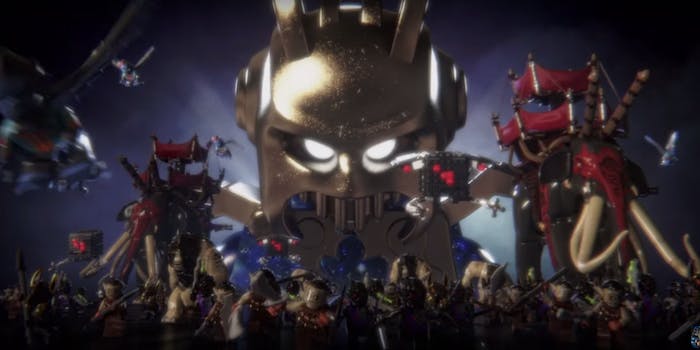 See just how many characters are coming in Lego Dimensions

The new Lego video game has quite the cast of characters.

If you want to know how many toys you’ll be buying for the new LEGO Dimensions game, here’s your chance to meet them all at once.

The Sept. 27 release date of LEGO Dimensions—the toys-plus-video-games title in the mold of Skylanders and Disney Infinity—is close at hand. It draws off Lego licensed properties, characters from The Lego Movie, and Lego’s proprietary lines like Ninjago and Chima. All told it’s a delightful bunch of main characters, and that will never be as clear as when you see them all in rapid-fire, one after the other, in the new “Endless Awesome” trailer.