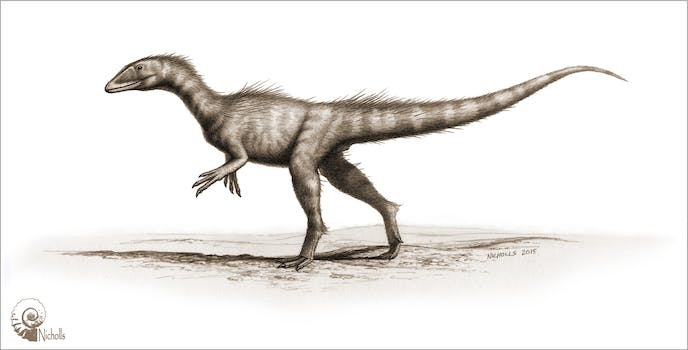 Scientists have christened a newly discovered dinosaur the ‘dragon robber’

Welsh researchers have just described a new species of theropod dinosaur—a group that includes the famous velociraptor and, technically, all living bird species. And it’s a total badass.

Its species name, Dracoraptor hanigani, refers both to the people who discovered the skeleton and the country of its origin. The researchers named the species after amateur paleontologists Rob and Nick Hanigan originally discovered the skeleton and donated it to the Amgueddfa Cymru-National Museum of Wales. Dracoraptor means “dragon robber,” referring to red Welsh dragon that symbolizes the country and adorns its flag.

Dracoraptor was likely a carnivore, judging by its serrated teeth, the authors stated in a press release. It likely lived along the coast back when the coastline of Wales had a more pleasant, balmy climate. It would probably seem more ferocious—if it weren’t only about two-feet tall. But what it lacked in height, it made up for in length. The researchers estimate the species could be roughly six-and-a-half feet long. A good chunk of that is just the tail, which the researchers think helped the dinosaur keep its balance. The full details of the specimen are available open access in PLOS One. 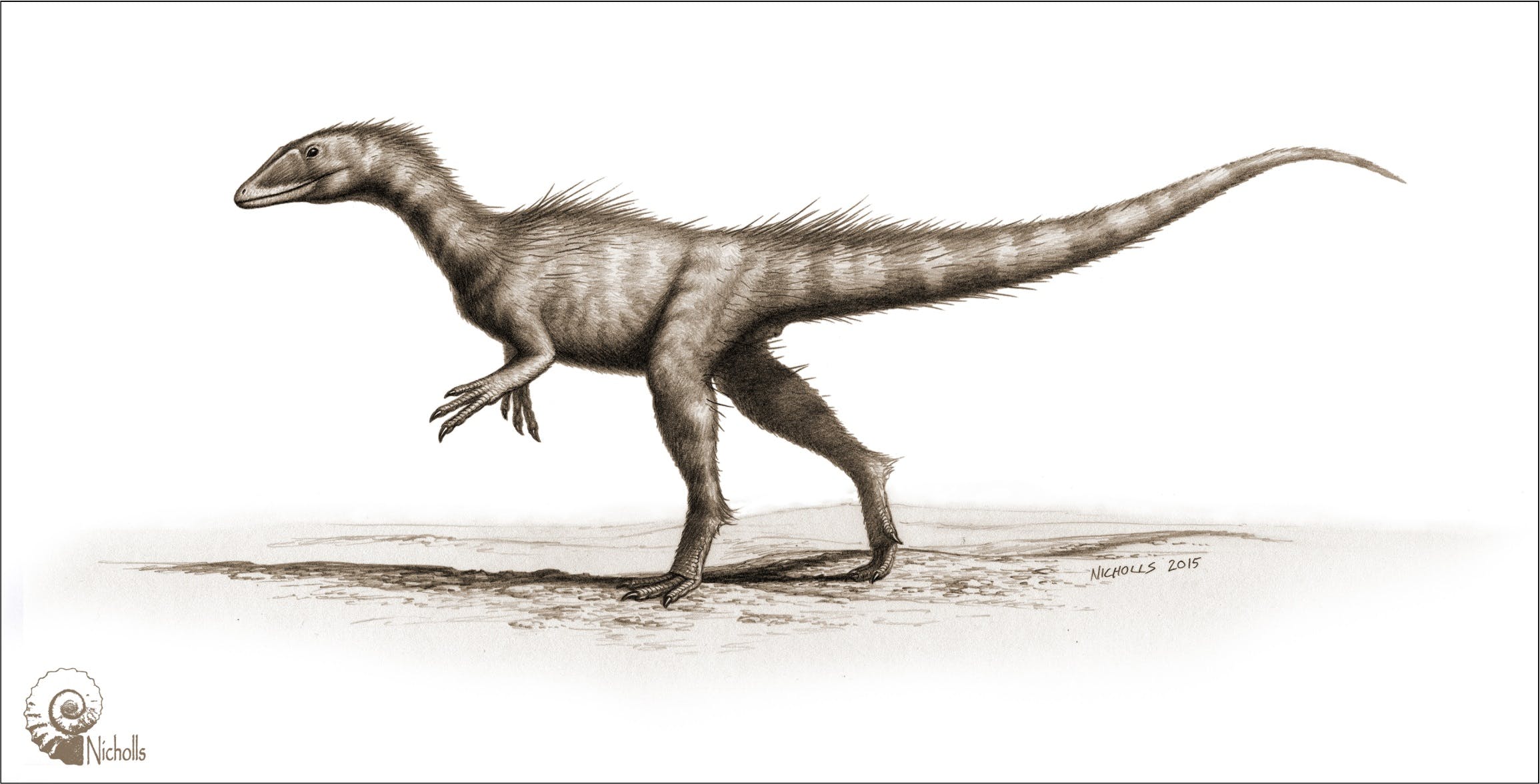 It’s also the oldest known theropod from the Jurassic era ever discovered in Wales. Specifically, Dracoraptor hails from the Hettangian period—the period immediately following the final stage of the preceding Triassic period.

“At the end of the Triassic there is an extinction event. It’s a bit of an enigmatic extinction event, no one is really sure what went on,” study author Steven Vidovic told the Daily Dot in an email. “We don’t know terribly much about dinosaurs after that point until the Middle Jurassic, when suddenly they appear abundantly with a great diversity of forms.”

In other words, between the Triassic and Jurassic periods, many dinosaurs died for reasons that remain unclear. The surviving groups laid the evolutionary pathway to the dinosaurs we know and love from the Middle Jurassic period, such as the stegosaurus and archaeopteryx. Dracoraptor, then, could be a clue in understanding how other theropods came to evolve over that time period.

Identifying a new species and putting it on the proper branch of its evolutionary tree is no easy feat, Vidovic said. He chalked it up to a combination of intuition developed through years of experience and some cold, calculating science.

Paleontologists use a variety of small cues from the fossils to categorize animals. Things like the shape of the pelvis (hip) bone and the presence of certain holes in the skull can tell scientists a lot about when the animal lived and what its life was like.

After Vidovic and his team gathered all the anatomical data they had available to them (about 40 percent of the skeleton, or 80 percent when you consider dinosaurs and other animals with spines are symmetrical across their midline), they quantified it and put that information into a computer program. The program crunched the numbers to figure out how closely related the skeleton was to other known species, coming up with the most logical place for it to sit on the tree of life.

Vidovic left off by noting how important amateur paleontologists are to the field as a whole.

“Many significant finds are discovered by amateur collectors,” he said. “We encourage people to go out there and fossil hunt, but please collect responsibly, ensure you have the legal right to collect on land and if you think you’ve got something interesting contact a scientist.”

Illustration by Bob Nicholls/PLOS One (CC BY 4.0)