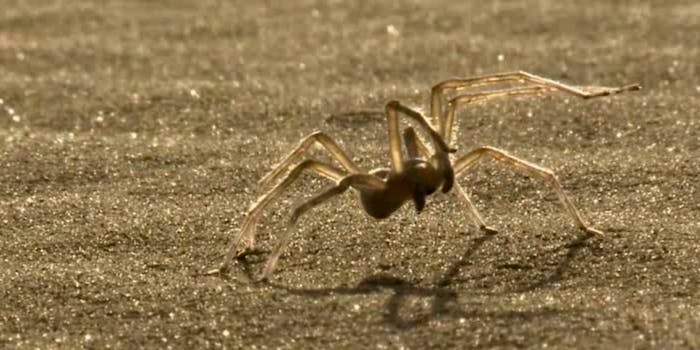 This might be one of the best escape moves in nature.

A spider newly discovered in the Moroccan Sahara can do powerful, acrobatic flips through the air.

Like a gymnast, it runs for a short time, then stretches out its front legs, spinning into the air and returning to touch the ground with its hind legs. Peter Jäger, a taxonomist at the Senckenberg Research Institute and Natural History Museum in Frankfurt, Germany, who identified the spider, has nicknamed it the flic-flac for the maneuver its leap resembles.

The move doubles the spider’s speed, to 6.6 feet per second from 3.3. But since it uses so much energy, the maneuver is a last resort, called on only to escape predators.

“I can’t see any other reason,” Dr. Jäger said, adding: “It is a costly move. If it performs this five to 10 times within one day, then it dies.”