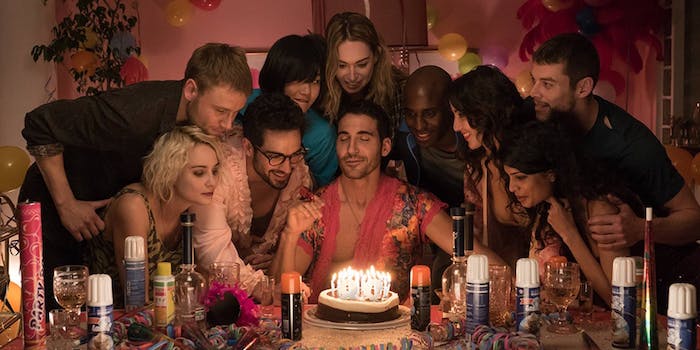 Netflix's most ambitious sci-fi project will return for a two-hour special this month.

Netflix‘s Sense8 will return on Dec. 23, with a one-off Christmas special.

Created by the Wachowskis and J. Michael Straczynski (Babylon 5), Sense8 is one of Netflix’s most ambitious projects. A sci-fi drama starring eight characters from different parts of the world, its first season aired in 2015.

In the year since season 1, there’s been a significant shake-up in the Sense8 cast. Aml Ameen left the show after season 1, so the Christmas special will introduce Toby Onwumere as his replacement, playing Nairobi bus driver Capheus.