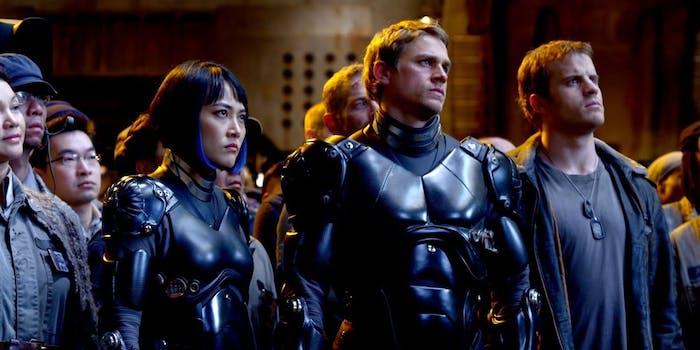 5 new anime shows are coming—and they all sound great.

According to a new report from Deadline, the other three shows are called Cagaster of an Insect Cage (a post-apocalyptic drama about a disease that turns people into insects); Yasuke (about an African-Japanese Samurai, voiced by Lakeith Stanfield); and Trese, an urban fantasy show inspired by Philippine folklore.

Netflix has found success with original anime and anime-inspired shows, including the Japanese productions Devilman Crybaby and Aggretsuko, and the American series Neo Yokio. It looks like the five new anime shows will be a mix of international productions, with the Altered Carbon spinoff co-written by Cowboy Bebop‘s Dai Soto, Yasuke created by LeSean Thomas (The Boondocks), Trese produced by Jay Oliva (The Legend of Korra), and Cagaster of an Insect Cage coming from the anime studio Gonzo (Hellsing, Afro Samurai). The Pacific Rim show will be run by Craig Kyle (Thor: Ragnarok) and Greg Johnson (X-Men: Evolution).

The untitled Pacific Rim anime stars “two siblings—an idealistic teenage boy and his naïve younger sister—who are forced to pilot an abandoned Jaeger across a hostile landscape in a desperate attempt to find their missing parents.” Since there aren’t any brother-sister Jaeger partners in the main Pacific Rim movies, these will probably be new characters.

On the big screen, the future of the Pacific Rim franchise is uncertain. Pacific Rim Uprising didn’t do especially well at the box office this year, so we may only see the story continue in cheaper spinoffs like this and the Pacific Riim tie-in comics. At any rate, anime is a good fit for Pacific Rim‘s roots in Japanese monster movies and, obviously, mecha anime. The big question now is whether the original creator Guillermo del Toro will be involved. Although he didn’t return to direct Uprising, he’s still a staunch supporter of the franchise, and he’s already working on other animated projects for Netflix: the ongoing series Trollhunters, and a new Pinocchio adaptation.