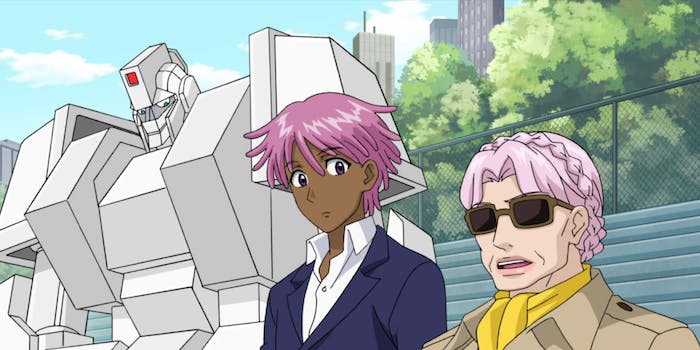 After the success of 'Neo Yokio' and 'Castlevania,' Netflix plans to make 30 more anime series.

Netflix has ambitious plans for original content, planning to release 80 feature films next year. And along with all those movies and original TV dramas, they’re going to make a lot more anime.

Netflix tested the water this year with its first original anime series, Neo Yokio. The response was mixed. Some anime fans criticized Neo Yokio‘s animation and quirky concept, but the show still attracted an enthusiastic audience thanks to its meme-friendly millennial humor. The anime-influenced Castlevania and Voltron both found success on Netflix as well, paving the way for similar series in future.

Next year, Netflix will produce 30 new anime projects. While the streaming service doesn’t release its viewing figures, this suggests a lot of confidence in anime audiences. The platform’s current anime shows (and anime-inspired originals) must have a ton of viewers, to warrant that level of investment in a single year.

The actual shows haven’t been announced yet, but we can expect some partnerships with Japanese studios. Although Netflix already produces several animated originals like Bojack Horseman, Western animation is a different medium to anime. So if you’re one of the anime purists who objected to Neo Yokio, you can probably rest easy. Netflix is likely to hire some Japanese anime creators for these projects, much like its partnerships with TV networks and indie filmmakers.