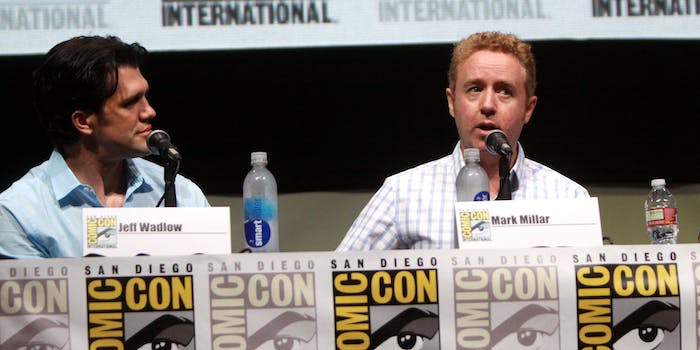 Get ready for more gritty and violent superhero shows on Netflix.

Millar’s work has inspired several popular adaptations already: Wanted, Kingsman: The Secret Service, and Kick-Ass. He’s also known for writing Marvel comics—including the influential crossover event Civil War—although his Netflix contract only covers his original comics. It includes everything from Millarworld except Kick-Ass and The Secret Service, which both have active movie deals in Hollywood.

Dreams were how we got started. pic.twitter.com/5w2DOVykji

Millarworld has the potential to spawn a new superhero franchise on Netflix, or focus on more esoteric material like The Unfunnies, Millar’s comedy horror animal comic. Netflix’s announcement video shows the covers for American Jesus, Jupiter’s Legacy, Nemesis, Wanted, and several others, suggesting that anything’s possible.

Millar specializes in genre-savvy action with plenty of violence and has been accused of writing gratuitous rape scenes. So, the Netflix deal was met by a mixed response from comics fans. Books (and subsequent movies) like Wanted and Kick-Ass have a worldwide following, but Millar remains a polarizing figure.

"Mark Millar is the closest thing to a modern day Stan Lee" – the guy at Netflix is kind of right here but not in the way he thinks he is.

Netflix’s very public announcement suggest that (unlike many film deals that end up going nowhere) they mean business with Millarworld. With the first Defenders team series on the horizon, Netflix is looking for fresh blood for its comic book audience.