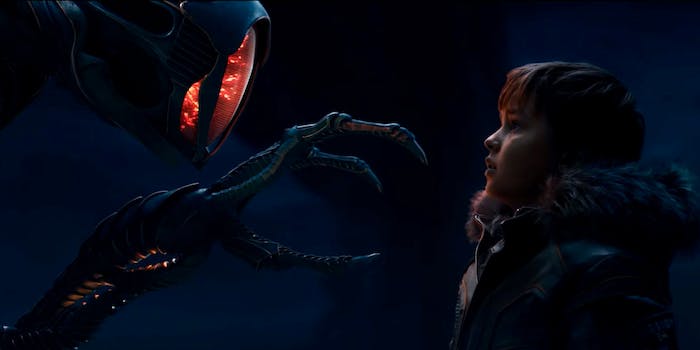 The first full trailer for the Netflix reboot of Lost in Space has crash-landed, and not everything is as it seems.

For those familiar with the original ’60s show, Lost in Space follows the Robinson family (led by Black Sails’ Toby Stephens and Deadwood’s Molly Parker) and their crew as they travel on a mission to start a new space colony until they’re forced to land on an unknown planet with similar properties to Earth. But something is amiss as they encounter different environments, new strangers, and a threatening-looking Robot with a very familiar catchphrase.

The Robot is much different one from the original series, one that it appears Will Robinson finds on that new planet. And as creepy as it might appear, The Robot is already starting to learn how to curb its strength by lightly tossing a ball.

“This is a true family adventure in the vein of the original Jurassic Park,” Lost in Space showrunner Zack Estrin told Entertainment Weekly.

Lost in Space debuts on Netflix on April 13.