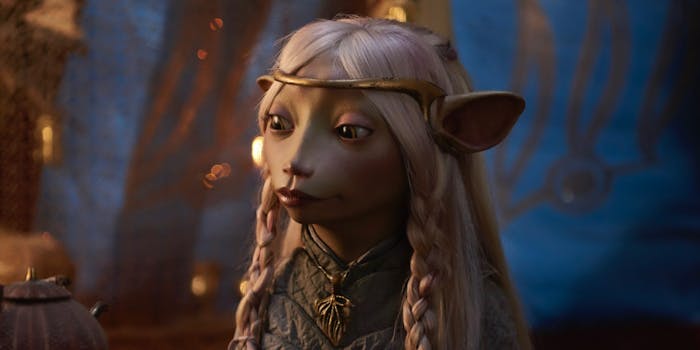 The voice cast is a who's who of the world's biggest franchises.

Age of Resistance is Netflix’s highly anticipated prequel to Jim Henson’s groundbreaking 1982 film The Dark Crystal, which will be produced by the Jim Henson Company. While little is known about the series so far,  the unveiling of the voice cast is our biggest insight into the series yet along with first looks at the three main characters. (Fans got a to see an exclusive behind-the-scenes video at New York Comic Con, but otherwise, we’ve only got a teaser from 2017.) The voice cast is a who’s who of genre film and TV including some of the biggest franchises in the world.

“It is humbling to see so many truly gifted actors join The Dark Crystal universe by adding their voices to Age of Resistance,” Lisa Henson, the Jim Henson Company’s CEO, said in a statement. “t is thrilling to see this assembled team of artists, puppeteers and now voice actors, many inspired by my father’s original film, work together to realize this unique world—through performance and craft—at a scale that is rarely seen today.”

Netflix’s logline centers the series around Rian, Brea, and Deet’s discovery of a terrible secret and the quest that it sparks.

The Dark Crystal: Age of Resistance returns to the world of Thra with an all new adventure. When three Gelfling discover the horrifying secret behind the Skeksis’ power, they set out on an epic journey to ignite the fires of rebellion and save their world.

The Dark Crystal: Age of Resistance will debut on Netflix sometime in 2019.