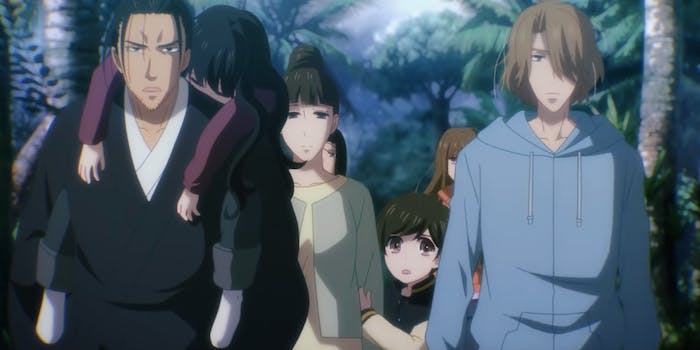 Netflix’s ‘7SEEDS’ is an abominable adaptation of the original manga

The anime series cares more about shock than storytelling.

Oh, 7SEEDS. I really wanted to love you. But the compressed plotting that sacrificed your story’s human elements in favor of ridiculous science-fiction melodrama, constantly off-model animation, and overall incompetent direction make it impossible. It hurts me to say this, but you are really, really bad.

7SEEDS takes place on Earth, an unspecified amount of time after meteors eliminated most of humanity and totally altered the planet’s ecosystems. In an attempt to preserve the species, several countries cryogenically froze groups of teenagers—seven per team—in the hopes that they would repopulate the planet and rebuild society for future generations.

Natsu wakes up to this world, totally unaware of what has happened to her or Earth. She’s shy, clumsy, and slow, and her fellow members of Team Summer-B don’t seem any more fit to survive in a post-apocalyptic world than she is (except maybe Arashi, who is more concerned with reuniting with his girlfriend than rebuilding society). Team Spring seems better equipped for survival, especially Hana, a bright and resourceful girl. Unfortunately, the adult leading their team is power-hungry, misogynistic, and angry at the world.

I wanted to love 7SEEDS because I love the author of the source manga, Yumi Tamura. Her previous manga, Basara, came out in English when I was in high school and rocked my world. While 7SEEDS has yet to be commercially translated, it won awards and remained a consistent bestseller for its 35-volume run. Thus, when Netflix announced it was producing a 7SEEDS anime, I was hopeful. If the adaptation was successful, perhaps a licensing company would consider the manga worth the investment.

If anything, the anime has actively sabotaged that chance. The fact that it came out three months after it was originally scheduled suggests a troubled production. If this is how 7SEEDS looks after the delay, I tremble to think about how it would have looked on its original premiere date. To put it bluntly, it’s one of the ugliest anime I’ve ever seen. The motion is choppy, the poses are awkward, there’s never any sense of weight or impact, and it’s impossible to tell when the characters are on-model because they look poorly drawn in every frame.

The story starts auspiciously enough. Even though the 7SEEDS plan is completely unworkable—you’d need many thousands of people to create a stable population—it has some decent human drama. Nobody knew what kind of world the survivors would wake up to and thus had no way to truly prepare them for it. A palpable sense of desperation and loss surrounds the survivors as they struggle against carnivorous plants, huge insects, and the elements themselves. Japan’s famous urban landmarks, such as the Yokohama Landmark Tower, loom as distant ruins over a jungle-like landscape; other parts of the city have become completely submerged.

Things go off the rails after a few episodes. As the cast swells, it becomes impossible to fully develop all of them and keep the plot moving forward at the same time. Instead, 7SEEDS becomes a supercut of the story’s most tragic and senseless events. A disaster shelter uses a giant grinder to convert its residents into food for other survivors; a dancer freezes to death while giving one more performance for her final surviving teammate, abandoning him to a solitary existence. Without proper context, these moments feel like lurid melodrama selected for shock value above anything else.

Apparently, 7SEEDS crammed 17 manga volumes’ worth of dense plotting into these 12 episodes, which makes me wonder if anything could have salvaged this misbegotten adaptation. More focused storytelling, perhaps? Arashi’s quest to find Hana may not be the most innovative plot, but at least it’s motivated by human emotions, rather than random cruelty and constant misery.

In a just world, 7SEEDS would have been a prestige production from the anime industry’s best and brightest minds. Instead, it’s a low-budget, hastily told mess that does everyone a disservice. But I’ll give it this—at least it’s not boring. It’s just laughable.