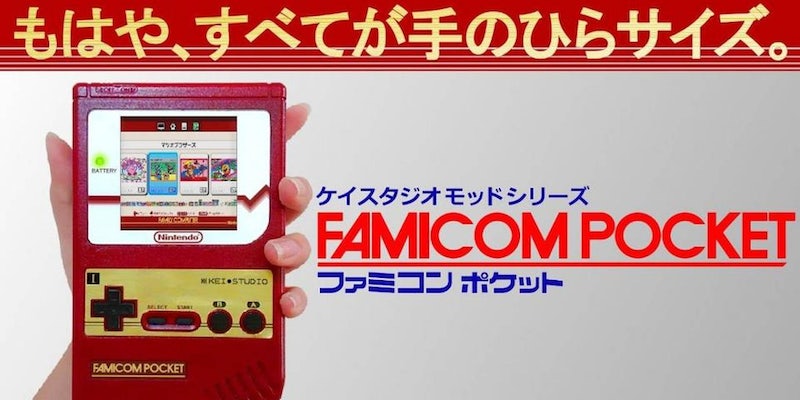 They managed to fit the 30-game console into an old Game Boy.

The group has previously worked on a portable PlayStation 2, but the turn-around time on Nintendo’s latest machine was certainly shorter. You can get a look at the system in action in the video below, and see the transformation process detailed on their website. They’ve dubbed their mod the Famicom Pocket.

The Famicom Mini—Japan’s version of the NES Classic—includes a slightly different lineup of 30 games than the North American release. Kei Studio isn’t selling the hardware, but the work it took to make the Franken-handheld is impressive.