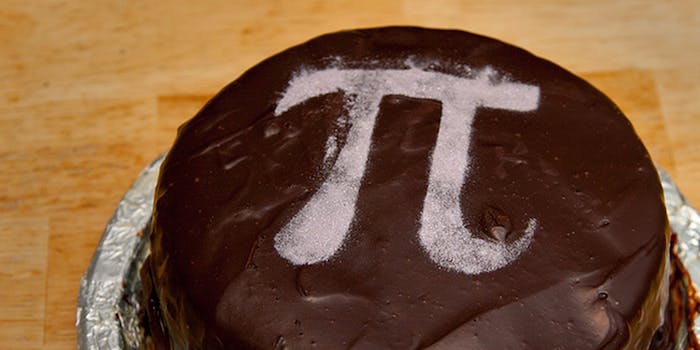 Today’s Pi Day is the best Pi Day ever

Over on Reddit, meanwhile, mathematicians and historians teamed up to answer every question you have—and many you’d never considered—about the irrational ratio. For instance, did you know that in 1916, a Norwegian man, Andreas Dahl Uthaug, self-published a book called Norwegian Mathematics: The Mathematics of the Future, in which he argued that pi should be defined as 3.125 exactly? Can’t believe folks didn’t go for that.

Personally, I’ll be observing the momentous calendar event by staring at this trippy website, Thank God It’s Pi Day, for several hours. And biding my time until this Pi Day 2015 T-shirt goes on sale at midnight. And, what the heck, maybe calculating the area of some circles.