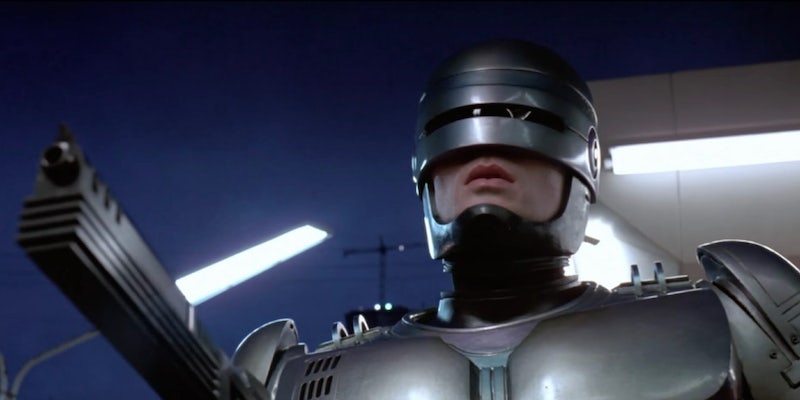 The script being used as a template was originally written decades ago.

A new reboot of RoboCop is in the works with Neill Blomkamp (District 9) in the director’s chair and a story from the original film’s screenwriters.

This version of RoboCop, which is tentatively called RoboCop Returns, has been a long time coming. According to Deadline, Justin Rhodes—who was one of the writers of the latest Terminator reboot—is reworking a script originally penned by Ed Neumeier and Michael Miner following the massive success of RoboCop. Neumeier will produce and Miner will be an executive producer.

Neumeier and Miner’s film was never made in part because RoboCop director Paul Verhoeven thought a sequel would be “déclassé” and because of the 1988 writers’ strike; the 1990 sequel is unrelated to the idea they proposed. (As is the 2014 RoboCop reboot starring Joel Kinnaman.)

And their script fell into obscurity right until the 2016 election when MGM president Jonathan Glickman contacted Neumeier and Miner.

“Right when Trump was about to be elected president [Glickman] called me and said, ‘Did you actually predict in your sequel script that a reality star would run for president and win?’” Neumeier told Deadline. “We had. So Mike and I wrote a draft and gave one interview in Barbados and I think the only person who read it was Neill Blomkamp, and that set this in motion.”

And Blomkamp has plenty of ideas. He was a fan of the original RoboCop film when it came out, noting that it “definitely had a massive effect on me as a kid,” and spoke of its timelessness. While he got one thing from it when he first saw it, different aspects resonate with him now. And for him, it’s more about the character and human story than anything else in the film that entices him.

“As I’ve gotten older, the part that really resonated with me is identity, and the search for identity. As long as the human component is there, a good story can work in any time period, it’s not locked into a specific place in history,” Blomkamp told Deadline. “What’s so cool about RoboCop is that like good Westerns, sci-fi films and dramas, the human connection is really important to a story well told. What draws me now is someone searching for their lost identity, taken away at the hands of people who are benefiting from it, and seeing his memory jogged by events. That is most captivating.”