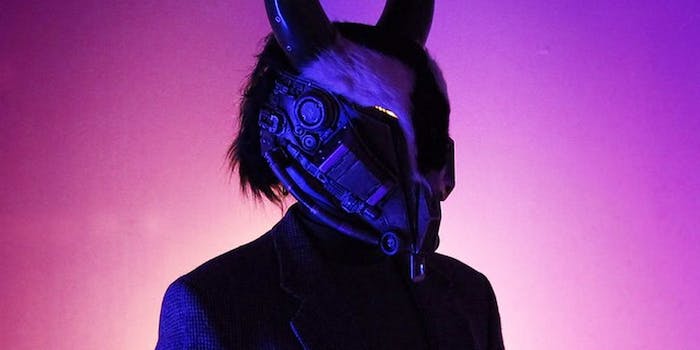 Director Neill Blomkamp is teasing something amazing on Instagram again

Who is the Larke, and why is Neill Blomkamp tweeting about it?

The photos are interesting enough in their own right, but what really has sci-fi fans buzzing is the fact that Blomkamp reportedly got his Alien sequel greenlit after posting concept art on Instagram. The film had been shelved by the studio, but after its concept art went viral online, the project was revived. Could Blomkamp be teasing another movie on social media?

We highly doubt the_larke has anything to do with the Alien franchise, because this photo has a completely different aesthetic. It looks more like something from the comic Saga, as do the two photos posted on the_larke’s own account.

I might not be able to provide all the answers but I will do my best.

Our best guess is that these characters are either from an entirely new project Blomkamp is promoting or from Leviathan. This original sci-fi movie began as a jaw-dropping short film before being picked up by Blomkamp and Simon Kinberg (X-Men) as a full-length version. The short Leviathan just shows a group of astronauts being chased by an alien whale, but a full-length movie would undoubtedly require more character designs.

Of course, without any clues except cryptic quotes on Instagram (“I am the Larke. I am always here for you.”), your guess is as good as ours. These photos could just as easily be advertising a luxury costume business or a video game or a Daft Punk-style music video. But since Blomkamp has Instagram buzz to thank for his upcoming Alien movie, each new photo is enough to keep us wondering.