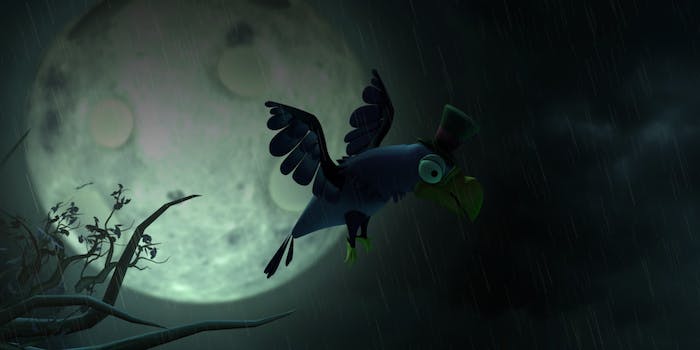 Neil Gaiman takes over yet another entertainment medium with this spooky puzzle game.

If you’re wondering, “What Neil Gaiman video game?” then you’re probably not alone. This has been a relatively low-profile project for the bestselling author, an indie collaboration that was launched using a crowdfunding drive last year.

Wayward Manor is a puzzle adventure game set in a haunted house, where gamers play the part of a ghost trying to scare away the new owners of his home. Apparently “the Budds, a dysfunctional family of misfits and eccentrics, have brought their own abysmal possessions into your humble abode and stifled your power.”

Co-created by the Odd Gentlemen (recently hired to work on a Homestuck game), it sounds like a good fit for fans of Neil Gaiman’s more gothic work as a writer, such as The Graveyard Book.

The game’s Steam page describes it as a “dark screwball comedy,” which fits in with the 1920s setting. We’re imagining Beetlejuice meets Clue, but with extra ghosts. Out on July 15, Wayward Manor is Gaiman’s first foray into video game writing and voice acting, meaning that he has now conquered almost every form of popular entertainment in existence. Just wait for the announcement that he’s decided to branch out into the world of Goth Sports as well.