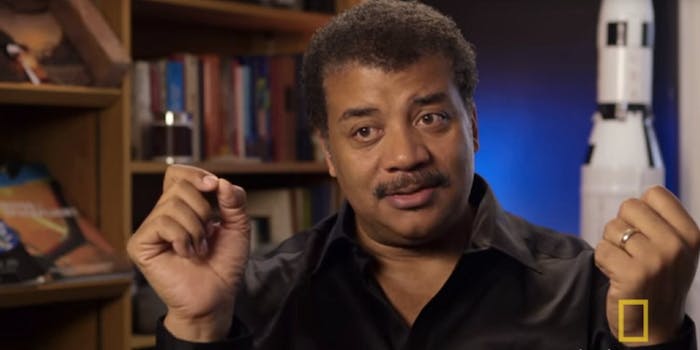 This fictional ship war is a no-brainer for the scientist.

Neil deGrasse Tyson is never short on opinions on matters of science and pop culture, and now he’s weighing in on the most important of geek debates: Star Wars’ Millennium Falcon vs. Star Trek’s Starship Enterprise.

Then, in true Tyson fashion, he laid out a whole set of logic about how the Enterprise was “fake real,” in that there are real scientists and staff on the ship, while the Millennium Falcon is simply “fake fake.” His other point in favor of the Enterprise is that it was the first spaceship represented in storytelling that was designed to explore, not simply go from point A to point B.

If you’re worried Tyson is about to face an avalanche of ride-or-die Star Wars fans demanding his head, don’t. This isn’t the first time Tyson has weighed in on sci-fi films, and he’s definitely not afraid of film buffs and fans disagreeing with him. He previously read angry comments on his YouTube channel and joked that none of them were on the road to becoming scientists. Tyson doesn’t have time for your inaccuracies; he’s got science to do.