Maybe it's a cross between an Ewok and a Wookiee?

Charlie the skye terrier won Best In Show at yesterday’s National Dog Show—and he totally deserved it, because this cute furball looks like a creature from a galaxy far, far away. 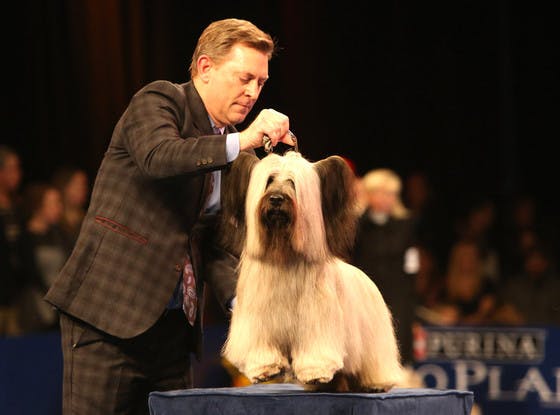 Charlie is as cute as an ewok with the body of a tiny bantha (albeit one without horns). Just watch him trot along as his long fur swings back and forth.

According to E! Online, Charlie is slightly more than four years old and hails from Ocala, Florida. He’s no stranger to dog shows—the 2015 National Dog Show earned him his 79th Best In Show title.

Skye terriers are also something of a dying breed. Only 42 were registered in the U.K. kennel club in 2013. According to the American Kennel Club, the breed is “canny, courageous, and good-tempered.”

We’ll see if Charlie can get to a nice round 80 titles at the Westminster Dog Show in February. But before then, maybe we’ll be surprised by a Charlie-like critter in the new Star Wars movie.