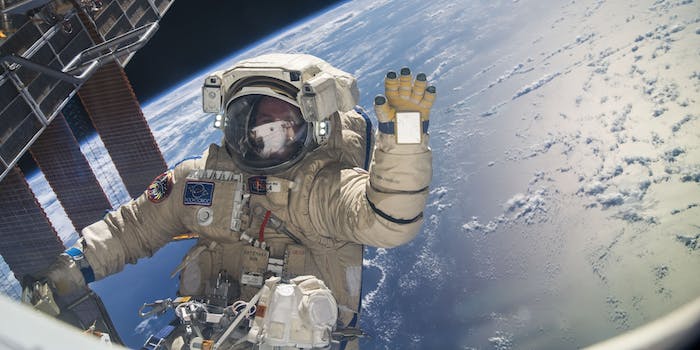 Travel to Mars isn't just about getting there. It's about surviving the journey.

The first year-long International Space Station mission will launch on Friday, and it has more to do with Mars than you might think.

NASA’s Scott Kelly and Russian cosmonaut Mikhail Kornienko will be the first people to spend a full year onboard the ISS, and part of their job is to act as test subjects for future long-term space journeys.

Astronauts have been living and working onboard space stations since the Soviet Union’s Salyut program in the early 1970s, but we still know very little about what happens to the human body after spending more than six months in space. With Kelly and Kornienko living in space for a year, scientists will have ample opportunity to monitor how zero gravity effects their bone and muscle mass, their eyesight, and their mental health. As this NASA video explains, this experiment could prove very helpful when planning a mission to Mars.

NASA’s breakdown of the year-long mission highlights how little we know about the potential side effects of traveling to Mars. Independent colony project Mars One claims that its first manned mission will launch in 2026, but it hasn’t embarked on any test flights so far. In fact, a recent interview with one of the 100 Mars One “finalists” indicated that the organization hasn’t even met up with its potential colonists in person, never mind studying what might happen to them during the months-long journey to Mars.

The human body evolved to thrive on Earth, experiencing Earth gravity, Earth atmosphere, and a 24-hour day. And that’s just the basic physical necessities, never mind the psychological and emotional difficulties caused by the isolated nature of a lengthy space mission. So even if we develop the technology for a manned journey to Mars, we still need to figure out what will happen to the colonists once they arrive.