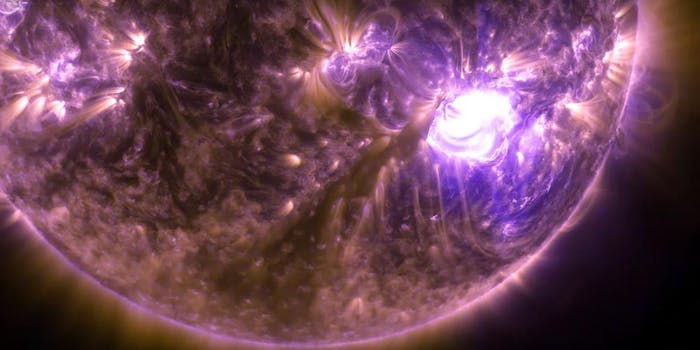 Everyone say 'thank you' to NASA.

NASA has been killing it with the awesome space photos and videos this year. It’s been a good year for their press too, between Pluto’s first big close-up, discovering water on Mars (again), and announcing a manned mission to the red planet.

They even gave our sun a little love at the beginning of 2015. Now, as the daytime hours dwindle for those of us in the northern hemisphere, NASA is making up for the lost light with some brilliant footage of our favorite star.

NASA released 30 minutes of footage of the sun in 4K

The gifs are from a 30 minute video of stitched-together footage from the Solar Dynamics Observatory (SDO), which watches the star around the clock. The observatory mainly functions to understand the sun by observing it, with the hopes that it will be able to predict things like solar storms and flares, which can potentially affect our lives here on Earth.

See the video in its full glory: