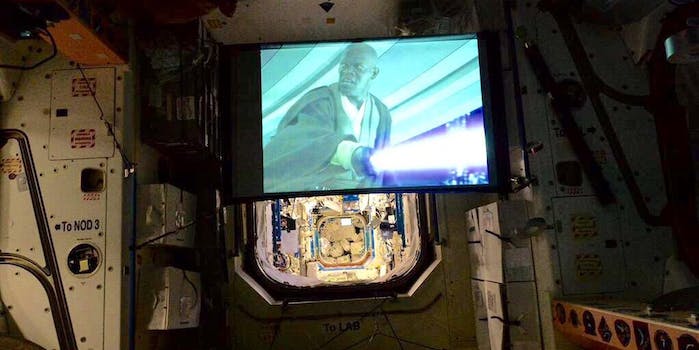 It’s not just Star Wars fans on Earth celebrating Monday’s May the Fourth holiday. The International Space Station (ISS) is also enjoying the galaxy far, far away while in orbit.

The ISS Twitter account commemorated Star Wars Day with a photo of astronauts watching Revenge of the Sith. No celebration on Earth can beat the experience these astronauts are having watching Star Wars in space.

This isn’t the first time that ISS crews have shown they’re fans of the saga. In February, the crew for the upcoming Expedition 45 wore Jedi robes for an official Star Wars-themed poster, which astronaut Scott Kelly retweeted Monday.

Won’t be long before these Jedis are all here aboard @Space_Station in force. #MayTheFourthBeWithYou. #YearInSpace pic.twitter.com/irOK02G0ju

NASA regularly celebrates Star Wars Day and the saga in general. In 2014, they shared a video on YouTube where R2-D2 helps flight engineer Rick Mastracchio get a May the Fourth message to fans on Earth.

Luke Skywalker’s lightsaber prop from Return of the Jedi was sent into orbit for two weeks in 2007 to mark the 30th anniversary of the original trilogy. 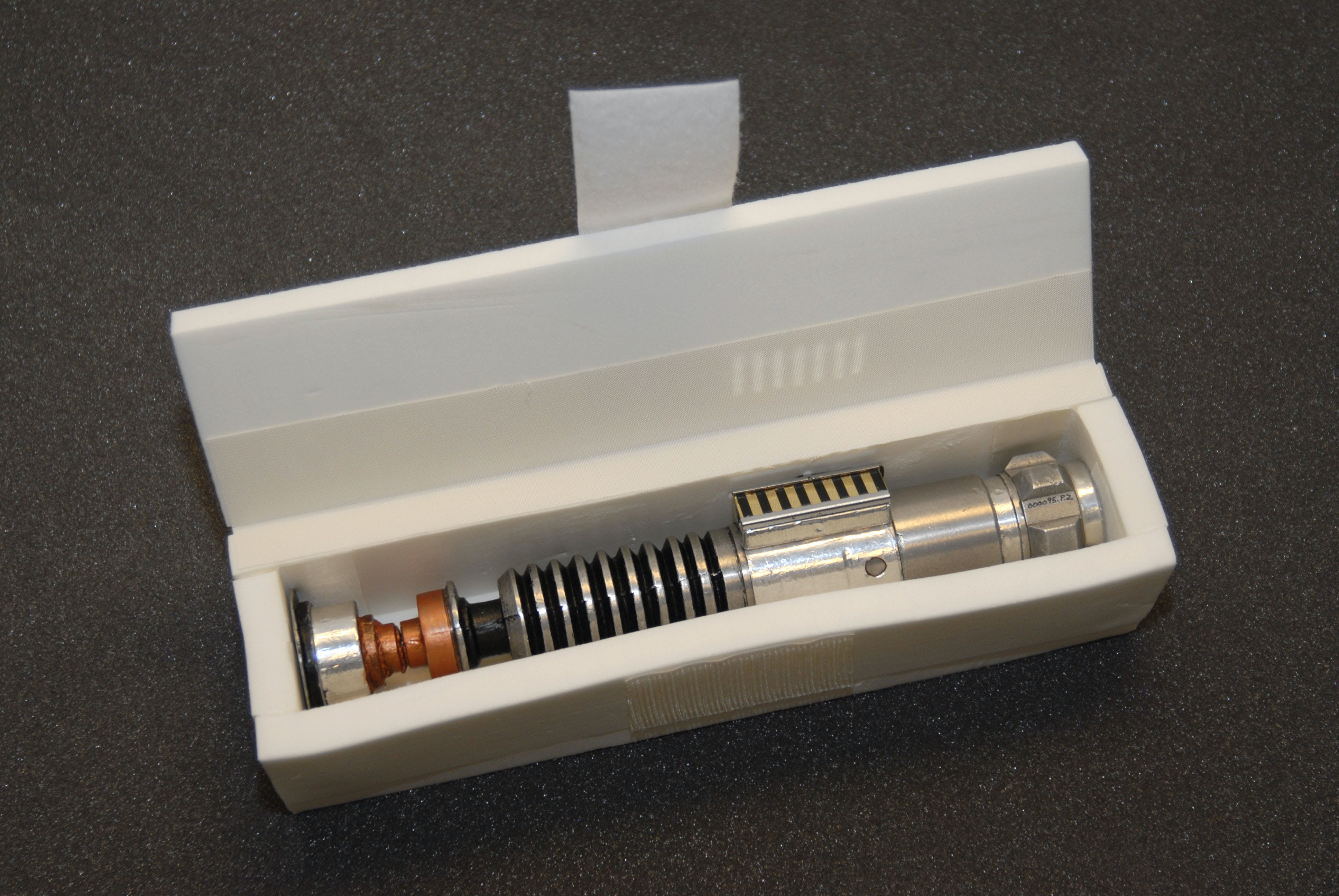 “There’s a kind of a fine line between science fiction and reality as far as what we do and it’s only just time really because a lot of what we’re doing right now was science fiction when I was growing up,” astronaut Jim Reilly said in a 2007 statement about the lightsaber. “I think it’s a neat link because it combines two space themes all at one time.”

Add to that how NASA will also make Star Wars references in its press releases, from “Death Star” galaxies to Star Wars-inspired droids, and it’s clear they have a heartfelt appreciation for the franchise. Star Wars fans should keep an eye out for what they might do next.

Until then, we have just one message for those Star Wars—watching astronauts on the ISS: May the Fourth be with you. Always.