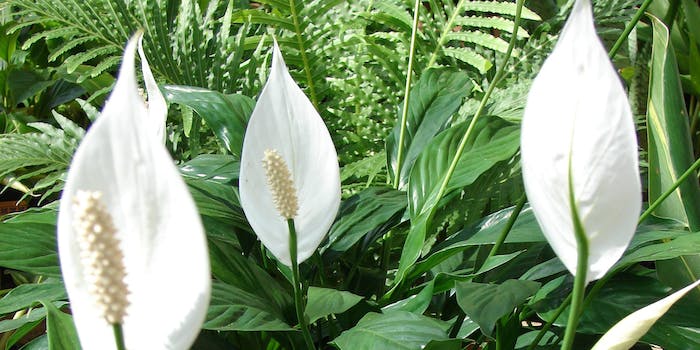 NASA infographic explains why you should have multiple plants at home

Way cheaper and prettier than any machine filter

The more time we spend indoors, the more expose ourselves to scary chemicals. Instead of “detoxing” with a juice cleanse, why not try something that is actually scientifically proven to work?

In 1989, NASA published a report called the Clean Air Study that examined the ability of different house plants to cleanse the air of pollutants like formaldehyde, benzene, and ammonia. You can read the full study if you want, but why bother when there’s the handy-dandy infographic below? As you set up your house, just remember that, according to the Clean Air Study, you need one plant per 100 square feet.

Research suggests that the plants are able to absorb pollutants the same way they absorb carbon dioxide from the air for photosynthesis. Indoor air pollution wasn’t normally a problem for people until the 1970s and 1980s, when buildings began to use better insulation to cut heating and cooling costs. With this insulation cutting off proper air circulation, the build-up of pollutants in office spaces and other large buildings started to cause health problems for people who spent the majority of their days indoors.

Filtration systems have improved since then, but having plants around can help clean the air and beautify your home or workspace. It’s a simple, low-tech solution that’s at least worth considering.