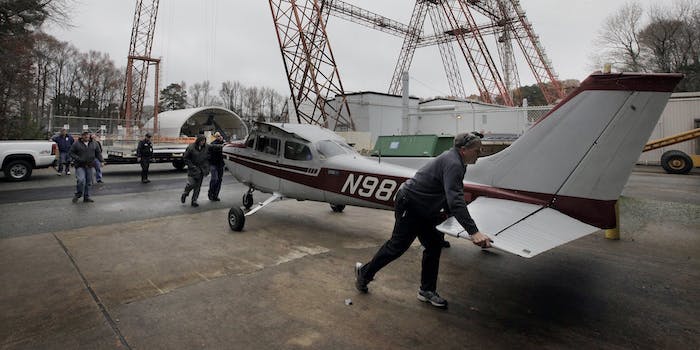 There's a really important reason for this test.

NASA plans to crash a plane on Wednesday to test improvements to the emergency locator transmitters that help search-and-rescue teams locate crash victims.

The space agency said Monday that it would crash a Cessna 172 by dropping it from a height of 100 feet to simulate a survivable but severe plane crash and learn how the ELTs respond. The test will be streamed live on a NASA Ustream channel between 1pm and 2pm ET.

NASA’s Search and Rescue Mission Office will conduct the test at the agency’s Langley Research Center in Hampton, Virginia. The plane will be carrying five ELTs, two human-sized dummies, and a host of data-collecting sensors. NASA hopes to use data from the crash to improve the performance and robustness of its ELTs.

Wednesday’s test will be the third and final in a series; the first two were conducted in July.