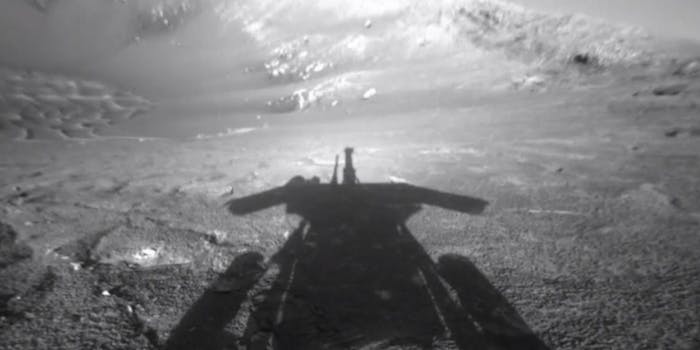 Somebody get that rover a 26.2 bumper sticker.

NASA’s Mars exploration rover Opportunity achieved a major milestone Tuesday, completing a marathon on the Red Planet. It has traveled a distance of 26.219 miles since it landed on Jan. 25, 2004.

It may have taken the rover 11 years and two months, but it’s still a major accomplishment.

“This is the first time any human enterprise has exceeded the distance of a marathon on the surface of another world,” NASA’s Jet Propulsion Laboratory’s Opportunity project manager John Callas said in a statement. “A first time happens only once.” The rover’s original mission was supposed to last just three months, but it has continued to operate since then leading to many more discoveries.

According to NASA, the rover team at the Jet Propulsion Laboratory has planned a marathon-length relay run to celebrate the Opportunity’s achievement.