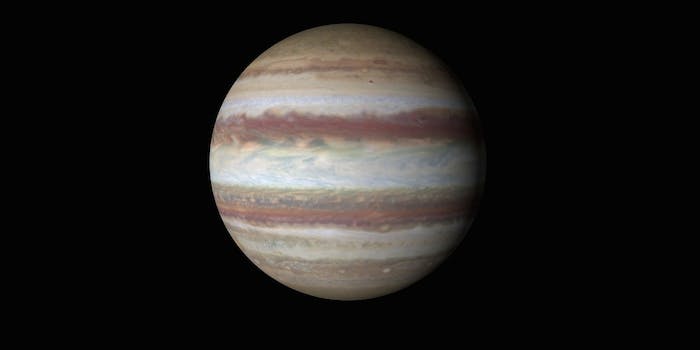 We keep learning more fascinating things about the outer planets in our solar system.

New images captured by the Hubble Space Telescope give us an unprecedented look at Jupiter in 4K ultra-high definition. NASA released videos, images, and details about the newly obtained data on Tuesday, explaining in a statement that this is “the first in a series of annual portraits of the solar system’s outer planets.”

Thanks to the new imagery, NASA is learning more about Jupiter and glimpsing never-before-seen aspects of the planet, like a filamentary feature in the core of its famous Great Red Spot. The space agency has also confirmed that certain features, including the Great Red Spot, are continuing to shrink.

“Every time we look at Jupiter, we get tantalizing hints that something really exciting is going on,” said Amy Simon, a planetary scientist at NASA’s Goddard Space Flight Center. “This time is no exception.”

NASA has also created two global maps using information from Hubble’s high-performance Wide Field Camera 3. These maps will let NASA determine the speed of Jupiter’s winds. Hubble also captured images of a wave in Jupiter’s North Equatorial Belt that has only glimpsed once before.

NASA caption: The movement of Jupiter’s clouds can be seen by comparing the first map to the second one. Zooming in on the Great Red Spot at blue (left) and red (right) wavelengths reveals a unique filamentary feature not previously seen.

NASA caption: In Jupiter’s North Equatorial Belt, scientists spotted a rare wave that had been seen there only once before. It is similar to a wave that sometimes occurs in Earth’s atmosphere when cyclones are forming. This false-color close-up of Jupiter shows cyclones (arrows) and the wave (vertical lines).

NASA’s Outer Planet Atmospheres Legacy program will take measurements at set times each year. Scientists have already studied Neptune and Uranus, and they will eventually move on to Saturn.

“The long-term value of the Outer Planet Atmospheres Legacy program is really exciting,” said Michael H. Wong, a University of California, Berkeley, professor who co-authored the paper in Astrophysical Journal that presents the latest findings. “The collection of maps that we will build up over time will not only help scientists understand the atmospheres of our giant planets, but also the atmospheres of planets being discovered around other stars, and Earth’s atmosphere and oceans, too.”