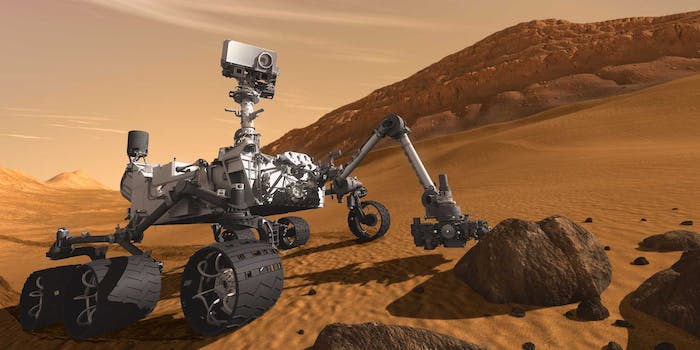 It's the little rover's third anniversary on the red planet.

This week, NASA‘s Curiosity rover will celebrate its third anniversary on Mars.

Curiosity landed in the Gale Crater on Aug. 6, 2012, sending back the first ever footage of a Martian landscape. Since then, Curiosity has traveled 11 kilometers (6 miles) across Mars, taking photos and studying the planet’s climate and geology.

Let us go then, you and I
When the evening is spread out against the sky

This new video from NASA’s Jet Propulsion Laboratory gives us an overview of what Curiosity has taught us about Mars over the past three years, and how NASA plans to continue its exploration work.