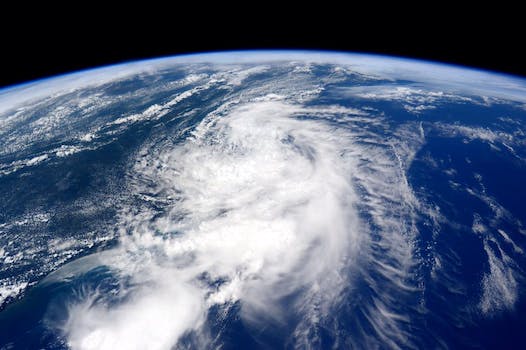 See what lightning storms and other phenomena look like from space.

If you pay attention to the weather, you’ve probably heard of Tropical Depression Ana and the former Super Typhoon Noul. You’ve most likely seen them depicted on weather maps, and you probably remember them being discussed at their peaks, but have you ever wondered what they look like from space?

Both of these storms come to life—along with other stunning views of the Earth from space—thanks to Terry Virts, a NASA astronaut currently on the International Space Station who recently shared some beautiful videos on Vine.

Virts has posted a number of vines that are getting a lot of attention because of the spectacular views the offer those of us stuck on the surface. One shows the remains of Ana while another captures Noul near the Philippines.

Continuing the weather theme, Virts also took vines of thunderstorms near Indonesia and a lightning storm above India that is just incredible.

It’s not just weather snapshots that is earning Virts global attention. He also shared a vine that shows the amazing night lights of India.

While these most recent videos are getting a lot of attention, Virts has been posting vines for some time. You can see more at his account and also find him active on Twitter where he shares other photos.