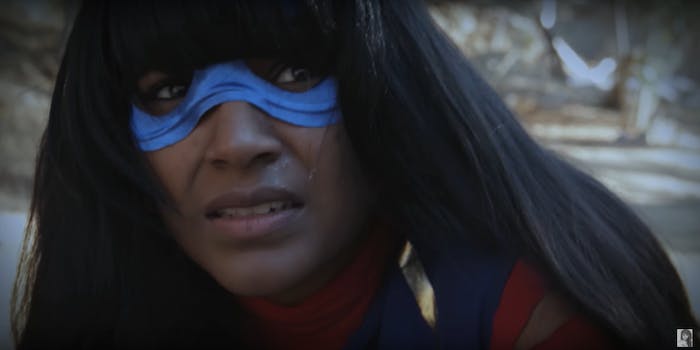 Kamala Khan is one of Marvel’s most popular new heroes, but it’s taking a while for her to join the Marvel Cinematic Universe. This fan film by Anita Kalathara and Landis Aponte shows how cool Kamala could look in live action, even on a tiny budget.

The five-minute film sets up Kamala Khan as a modern update of the Spider-Man story: A relatable teen who has to balance her secret superhero adventures with the expectations of her Pakistani-American family and the other kids at school.

Kamala Khan has Inhuman powers, so fans have long been wondering if she’ll appear in Agents of S.H.I.E.L.D. or the upcoming Inhumans show. But with a Captain Marvel movie on the way, she may be introduced as a side character alongside Carol Danvers, the original Ms. Marvel. We can only hope.