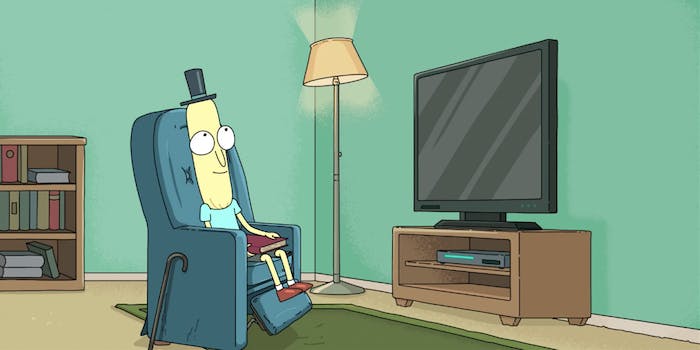 He's been through a lot.

Mr. Poopy Butthole was conspicuously absent for nearly all of Rick and Morty’s third season, but now we know just what he was doing while space-traveling duo went on their adventures.

It’s a wordless journey of love, loss, and family that’s filled with Easter eggs from what was going on in Rick and Morty’s world. And while most of us can’t personally relate to Mrs. Poopy Butthole’s pregnancy photo shoot, it’s guaranteed to tug at your heartstrings.