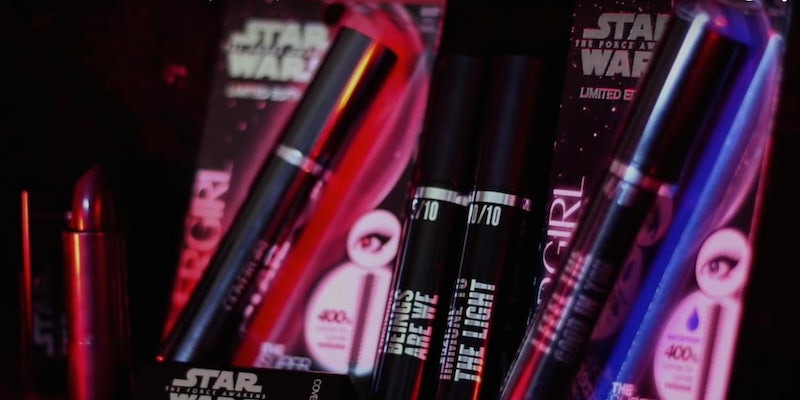 A brief history of making movies into lipstick

For years, partnerships have been bringing cosmetics collections to film fans.

Amid the action figures and lightsabers that highlighted the Star Wars merchandise bonanza on Force Friday, CoverGirl previewed a new The Force Awakens makeup collection online before it hits stores mid-September.

The limited-edition line stands out as a rare Star Wars collaboration geared toward female fans, but it’s not alone as a movie tie-in makeup line. While such partnerships are becoming more common, there’s nothing new about turning to the beauty industry for help to spread the word about an upcoming film.

Earlier this year CoverGirl launched a Pitch Perfect 2 collection (to considerably less excitement than the Star Wars line) that coincided with the film’s release in May. The company also created a noteworthy Hunger Games collection in 2013—though probably not for the reasons it hoped. The Catching Fire line focused on the 12 Districts and the right combination of eyes, face, lips, and nail products to get the “look” of each District. The line was widely criticized for missing the point story, highlighting the danger tie-ins face if they’re not careful to match the tone of a movie and its messages.

That being said, there have been plenty of cases of such partnerships finding success.

A company that has consistently released tie-in nail polish collections is OPI. OPI’s nail polishes in these tend to have more distinctive names than colors, but always seem fitting for the films they’re promoting. The number of lines it’s released in the last five years are numerous. In 2010 it released a Burlesque line and a Shrek Forever After collection while the following year the company sold a line inspired by Pirates of the Caribbean: On Stranger Tides and another inspired by The Muppets. It tackled superheroes with a 2012 collection for The Amazing Spider-Man and spies with a James Bond collection for Skyfall that included a pricey 18-karat-gold-leaf top coat. More recent collections include Muppets: Most Wanted and Fifty Shades of Grey. The collections usually receive a good deal of coverage and must do well for the company to keep pursuing such partnerships.

The same is true for MAC Cosmetics, which, in addition to its tie-in lines, has become known for creating collections for pop culture icons like Wonder Woman and for anniversaries of The Simpsons and Rocky Horror Picture Show. The company’s movie lines have been primarily tie-ins with Disney films. In 2011, Miss Piggy became the face of MAC and had her own limited-edition collection just in time for The Muppets. On the fairy tale side MAC sold a Maleficent-inspired line in 2014 and this year released one focused on Cinderella. According to Bloomberg, the Cinderella collection sold out quickly and items began to appear on eBay shortly after for higher prices. 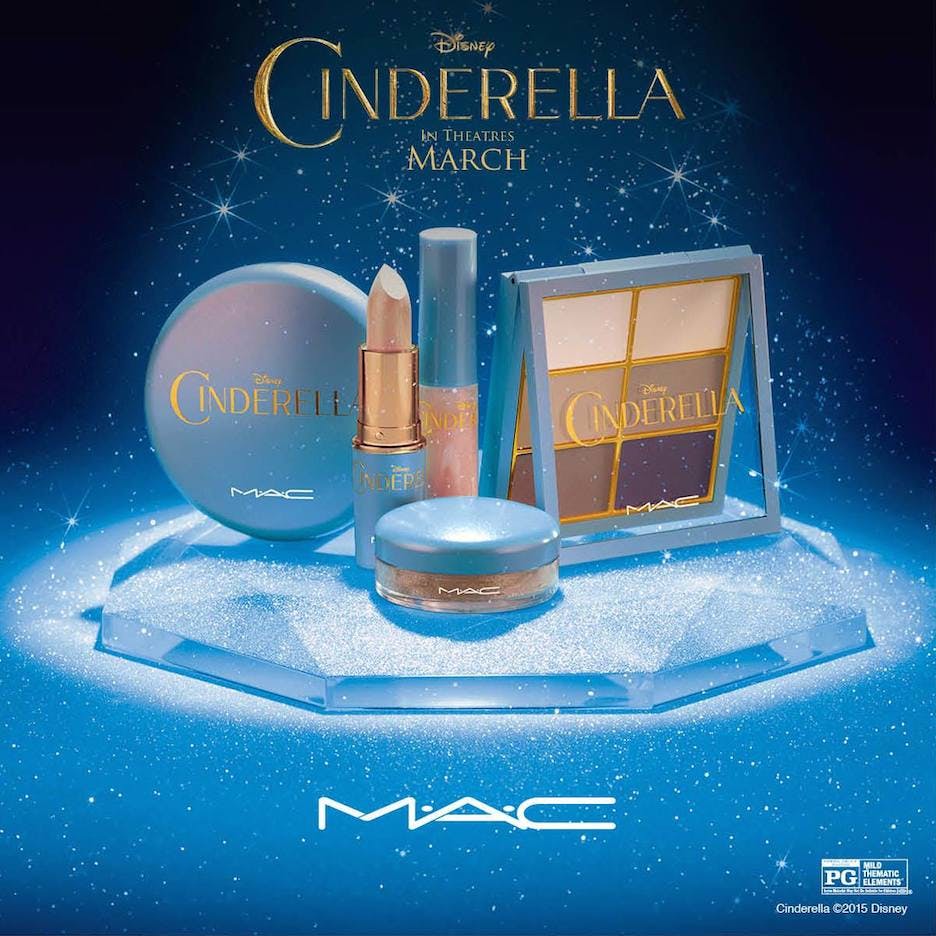 Many beauty brands in addition to these have collaborated with films. Urban Decay has carried tie-in lines like Alice in Wonderland and Oz: The Great and Powerful. Revlon’s had a The Amazing Spider-Man 2 line, Pur Minerals released a Jupiter Ascending collection, Sepora had a Divergent collection, Essence collaborated with Twilight Breaking Dawn, and even The Great Gatsby received a makeup line by Boots No. 7. The list goes on, and often movies have more than one cosmetics tie-in available. For example, Fifty Shades of Grey also worked with Make Up For Ever while Eat, Pray, Love had fragrances and lip glosses.

These collections don’t have to be tied with premiere dates in the U.S. either. The last time Star Wars fans were treated to an official cosmetics collection was in 1999 when French luxury fashion company Yves Saint Laurent created a line inspired by Queen Amidala. It was released around when The Phantom Menace premiered in France, a few months after its American premiere. The line was titled “One Love” and was also tied to the celebration of the new millennium. Products included lipstick, powder, nail polish, and eye shadow with names like Amidala’s Red, Naboo Pink, and Royal Glow.

There’s no sign of cosmetics tie-ins stopping. In fact right after Star Wars is released in September we already know we’ll be treated to a makeup set by Sephora for the upcoming Jem and the Holograms movie in October. Maybe we’ll soon even see beauty brands release tie-ins for blockbuster DVD releases. After all, Titanic’s home video release in 1998 produced a corresponding Max Factor makeup collection inspired by Rose with nail polishes, lipsticks, and eye products.

It frankly makes sense for companies to create these types of tie-ins because they connect with fans who want to do more than just watch and rewatch their favorite movies. They want to feel like they’re a part of that fictional world—and they want to wear their passion for it. Even if they can’t wear their favorite Rocky Horror Picture Show outfit to school or the office, they can certainly smooth on a lipstick it inspired.

While some mainstream tie-ins could be more creative, they still help fans who like makeup achieve these things (and, of course, the companies make money as a result). That’s why it’s particularly great to see Star Wars finally expanding into the area with a more accessible line this time around, to the enormous excitement of fans and geek fashion professionals alike. Hopefully the line’s success will give Disney incentive to do the same for its other non-princess subsidiaries like Marvel and set the stage for more.

Time will tell what new makeup lines fans will get over the next year, but as surely as more movie releases are on the way, you can count on more cosmetics being released for movie buffs to enjoy.