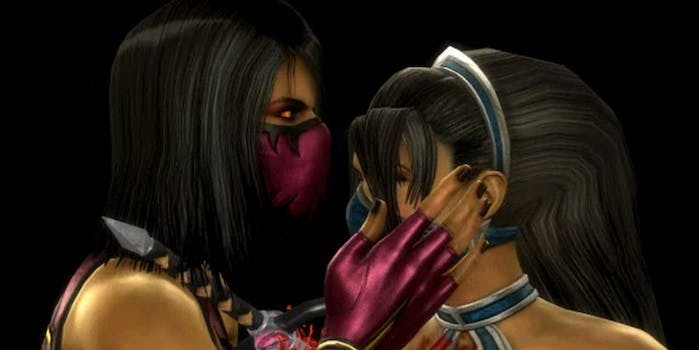 If you thought the "Fatality" was gruesome in 1991, take a look at it now.

In the early ’90s, if you wanted to discuss the dangers of violent video games, all you had to do was mention Mortal Kombat. The notorious fighter game has been banned in Australia, Germany, and South Korea, and prompted the creation of ratings systems for video games upon its original release in America. Its advertising is notoriously gleeful about its own violent reputation. And it even has a signature kill move: The Fatality.

Over the years, the Fatality has become the source of countless imitations and parodies, many within the Mortal Kombat franchise. It’s also changed and expanded as gaming has grown more graphic and even more violent over the years.

But what did the fatal last move that struck fear into the hearts of millions of anxious parents evolve into? And is the original version still the formidable blow it used to be?

A recent Reddit thread celebrates the move then and now—comparing the original Mortal Kombat release in 1991 to the upcoming Mortal Kombat X.

And if you thought the “Fatality” was gruesome in 1991, take a look at it now.

This GIF, courtesy of Imgur, demonstrates the Fatality as it existed then and as it will look based on a recent preview of the upcoming game at E3.  First, here’s the way the Fatality used to look in the original Mortal Kombat.

As you can see, it’s nothing too intense. Just a nice slow skeleton-roast:

(Warning: The following GIF is extremely NSFW and contains graphic depictions of extreme violence and gore.)

No, really, we mean it. If you’ve never seen Mortal Kombat in action before, and you’re sensitive to graphic depictions of gore, then you might not want to watch this on a full stomach:

Youch! As if that’s not graphic enough, Reddit user Ich_Putz_Hier_Nur shared a GIF from the last update to the series, Mortal Kombat 9, that’s almost more graphic, if not quite as, er, richly detailed. Again, this image is incredibly disturbing and NSFW, and features gore, vore, and gratuitous sexual objectification.

If you can’t get enough of the rundown of Fatalities, check out even more of MK9‘s Fatalities here on YouTube.

We’ll just stay here waiting for our stomachs to settle.