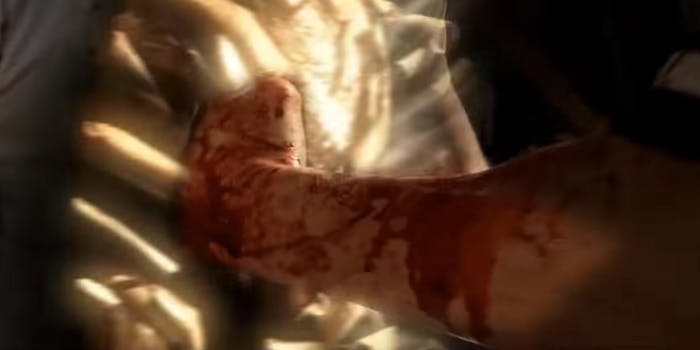 The signature gore of 'Mortal Kombat' hardly compares to the real thing.

The Mortal Kombat games have always been known for their over-the-top violence. But it hardly compares to the insanity of bringing its scenes to life.

Brothers Danny and Michael Philippou took on this very challenge with the latest in a series of brutal videos they produce featuring elements of pop culture ranging from Harry Potter to Halo. Few things would seem better suited to their particularly explicit depictions than Mortal Kombat, and that’s borne out in this latest video.

Things start out rather tamely. Anyone with a bit of athletic ability can stage the beginnings of a battle between warriors from Earthrealm and Outworld. It’s when a slow-motion X-ray attack is recreated that things begin to go off the rails.

Follow that with a fatality that harkens back to the days of Sub-Zero relieving opponents of their heads in the original Mortal Kombat arcade game and you’re getting a better idea of what you’re in store for. Throw in a vengeful mother wielding an intestinal track like a whip and you’re almost there.

In the finale we’re treated to the introduction of a riff on Sub-Zero’s archrival Scorpion by way of perhaps the most gruesome assault of them all, ending the video in a way that is both disturbing and appropriate considering the subject matter.

It’s truly something to behold, and that a group of filmmakers producing content for their YouTube channel could better do justice to the schlock and gore of Mortal Kombat than a number of cinematic attempts really makes you think. With all of this taking place in less than three minutes, imagine what the horrors the crew could unleash in 90.