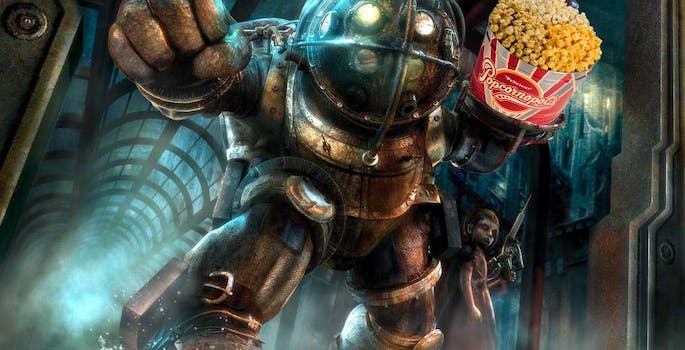 The undersea adventure that never was.

Video game movies usually don’t concern themselves with doing the game justice. But when it came to BioShock, one of the most artistically praised games ever made, Hollywood had to take things more seriously.

Some gorgeous concept art from the canceled film adaptation of BioShock has floated to the surface. The illustrations were created by Kasra Farahani, who has been working in the film industry as a concept artist, art director, and production designer since 2005. Farahani’s illustrations explore what a Big Daddy and the mechanical bowels of the underwater city of Rapture might have looked like in the movie.

Gore Verbinski, director of the Pirates of the Caribbean movies and The Ring, was slated to helm the adaptation, which had a rumored budget of $200 million. Universal purportedly didn’t want to shell out that staggering figure for the flick and slashed the budget, after which Verbinski quit the project. A replacement director was named, but the changes raised concerns over whether or not the adaptation could still do the game justice, and the project was canceled by BioShock series writer and creative lead Ken Levine.

Farahani wasn’t the only artist who worked on developing the look of the film before it was canned. This is the third time in recent memory that concept art has surfaced. One thing all these exhibitions have in common is that none look terribly different from the source material in BioShock. That’s probably because art directors are faced with a perfect “If it ain’t broke, don’t fix it” scenario when it comes to adapting the game for film. BioShock was the unofficial standard-bearer for the “games are art” debate with film critic Roger Ebert, in large part due to the art aesthetic of the game—a combination of art deco, steampunk and something out of a Jules Verne novel. You can see all of this in Farahani’s concept art. 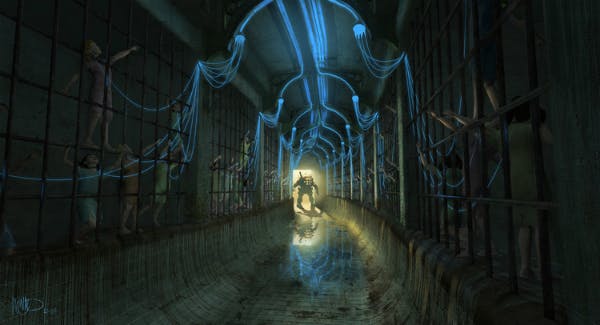 The entire series of Farahani’s BioShock concept art is on his portfolio site. Some of his recent film credits include work as the art director on Star Trek: Into Darkness and Thor, and production designer on the Halo series Forward Unto Dawn.