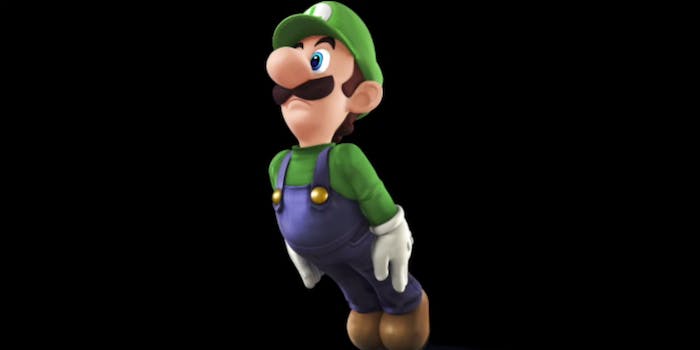 Mom has hilariously bad guesses for the names of Smash Bros. characters

"Evil Mr. Thor" is not a Nintendo character.

Don’t feel bad if your mom can’t guess these Nintendo characters. Even a hardcore gamer might have trouble with the list.

Nintendo’s Smash Bros. games are epic mash-ups of characters from Nintendo titles spanning back to the original Mario Bros. arcade game in 1983. It therefore really wasn’t fair for someone to quiz his mom on the list of Smash Bros. cast members. Asking a non-enthusiast to run through three decades of video game characters like this could only lead to a very funny disaster.

It’s great how the correct answers demonstrate the line between video game culture and mainstream pop culture. The mom correctly guesses Mario, Luigi, PacMan, and a Pokémon, for example. When it comes to gaming standards like Link from Zelda and Samus Aran from Metroid, however, she has no idea. To be fair, only the most dedicated Nintendo fan might guess them all.

Smash Bros. is a brawler game, but the fun match-ups between the dozens of characters are what really sell it. Kirby going up against Donkey Kong with Zelda villain Ganondorf thrown in the mix? Awesome.

Hence we can expect the list of Smash Bros. characters to continue to expand as each new game in the franchise is developed. The pop quiz above might actually seem comparatively easy 10 years from now, if the Smash Bros. franchise continues to thrive.