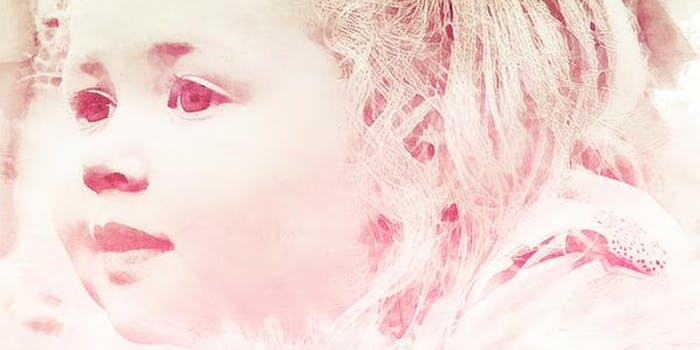 Family says goodbye to their ‘princess’ with ‘Frozen’-themed funeral

The city of Bath turned out to give this young princess the funeral she deserved.

A fortnight of tragedy for the city of Bath, England, ended with a Frozen-themed funeral yesterday. Hundreds of citizens mourned Mitzi Steady, a 4-year-old girl who was among four people killed Feb. 9 in a traffic accident.

A truly sad day as little Mitzi Steady is laid to rest in Bathhttp://t.co/z9ZNUImQA7 pic.twitter.com/OAipJb3342

Steady was killed when the 19-year-old driver of a gravel truck lost control while navigating a steep incline on a busy Bath road. The truck careened downhill about 100 meters and eventually overturned on top of a Volvo, injuring the driver, Phil Potter, and killing the car’s three occupants. Steady’s grandmother, who was crossing the road with her at the time, was also injured. The incident resulted in two arrests.

In the wake of the tragedy, the Steady family created a donation page in Mitzi’s name for the road safety organization Brake. The charity promptly raised £17,000 ($26,000), more than 10 times its original goal of £1,000.

Our beloved daughter Mitzi passed away age 4 on 9-Feb. Donations to road safety charity Brake at https://t.co/1h2Z9QDbxf in her memory.

Monday’s funeral was held at the Bath Abbey. It featured a Frozen-themed coffin and a mournful choral arrangement of “Do You Want to Build a Snowman?”

The Mirror reported that the Frozen theme extended to the eulogy given by Steady’s mother, who called her daughter a “princess.”

The town of Bath spent the week demonstrating shows of support for the family.

Don't think there's a #Bath resident who wasn't @ #BathAbbey in spirit for the funeral of #MitziSteady 2day #RIP pic.twitter.com/a2ZWpp9tTi

"a beautiful dream for 4 years.."@steadyandrew please accept my tribute with this artwork. pic.twitter.com/DOVPtiIcUy

The Frozen-themed funeral comes just days after a Florida man’s family opted to remember the comics fan by listing his official cause of death as an “uppercut from Batman.” Perhaps giving Steady a funeral fit for a Disney princess was the best way of bringing hope into a moment of tragedy.